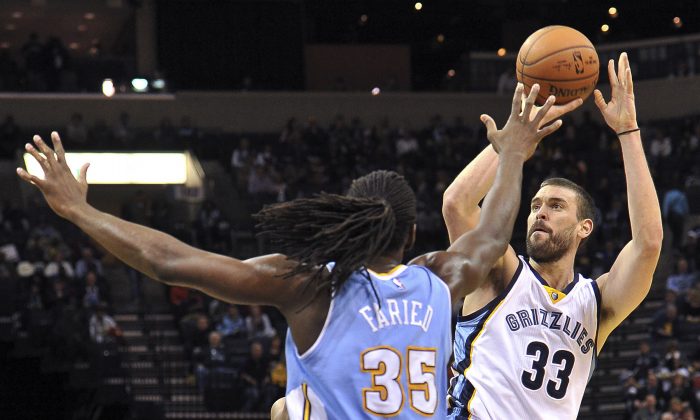 A new update confirms that the San Antonio Spurs will make a serious run for free-agent-to-be Marc Gasol this summer.

Sources told Sporting News that the Spurs are going to “chase hard” after Gasol, perhaps the best pending free agent.

Every offseason brings new rumors about Tim Duncan and/or Manu Ginobili retiring, but even if they don’t San Antonio needs another big player to pair with rising star Kawhi Leonard, who they are expected to sign to a max contract.

Gasol will also command a max contract, meaning the Grizzlies can offer him more money than any other team. But if the team isn’t able to do well in the playoffs, it may increase the chances that Gasol will depart to try to find a team that’s better equipped to win a championship. The Spurs certainly have the pedigree.

Still, some NBA analysts note that Gasol is very likely to stay with the Grizzlies.

“Gasol RT should be accompanied with disclaimer that prying him loose from Memphis will be extremely difficult, if not impossible,” noted Dan McCarney of the San Antonio Express-News via Twitter.

Even if the team isn’t able to snag Gasol, it will still do at least one more move in what should be an interesting free agency.

“They tend to fly under the radar on this kind of thing, then pop up and make the George Hill trade or almost get Jason Kidd,” one general manager said. “With their situation, you’d expect that to be the case again. If it is not Gasol, it will be a trade for a draft pick, something on draft night, it will be someone you’re not expecting. It’s not an organization that has gotten where it is without being prepared.”