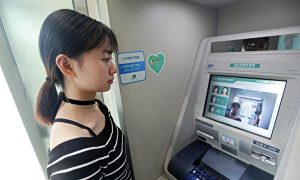 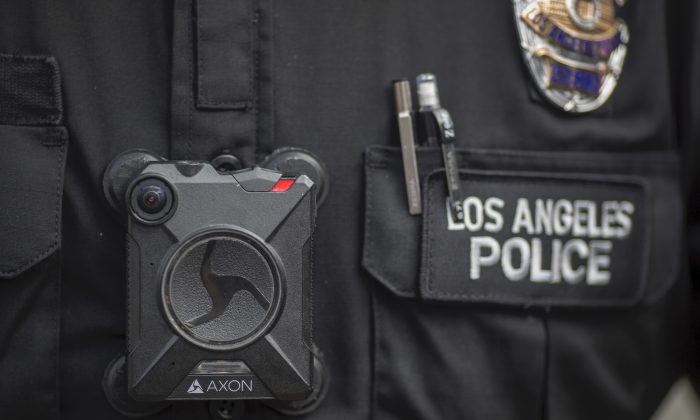 A piece of legislation proposed by California Assemblyman Phil Ting has generated a conversation among lawmakers and law enforcement about the positive and negative aspects of facial recognition technology. The Body Camera Accountability Act, or AB-1215, which was introduced to the California State Senate in February, would prevent law enforcement from utilizing facial recognition software or any other biometric surveillance on officer body cameras.

The central concern regarding the systematic use of this technology was illustrated by the unnerving results of a test conducted by the American Civil Liberties Union of California. The test analyzed the faces of California lawmakers by running them through a database that included 25,000 mugshots of convicted criminals. One out of every five California legislators were mistakenly identified as a criminal.

For Ting, who was one of the lawmakers mislabeled by the system as a convict, this test presented proof of the imperfection of this cutting edge technology.

“This experiment reinforces the fact that facial recognition software is not ready for prime time — let alone for use in body cameras worn by law enforcement,” Ting said in a statement.

When Ting testified before an Assembly public safety panel, he pointed out another complication with the technology was that “members of color [were] disproportionately misidentified.”

Amazon’s Rekognition software has also been criticized for misidentifying women and young people.

While the flawed test results would appear to be rather convincing argument in support of AB-1215, it has been suggested that the methodology implemented in the experiment could have been improved. The ACLU used Amazon’s face recognition system, which was reportedly set at an 80% match confidence threshold.

Shortly after the problematic results were publicized, Amazon released a statement accusing the ACLU of “once again knowingly misusing and misrepresenting Amazon Rekognition to make headlines.” The company went on to claim that their program is most effective when it is set at “the recommended 99% confidence threshold” before chronicling a number of beneficial uses for this technology.

Others, such as Matt Cagle, a technology and civil liberties attorney at the ACLU of Northern California, have argued that the accuracy of the technology is not the most pressing issue at hand: “Even if this technology is accurate, which it is not, face recognition-enabled body cameras would facilitate massive violations of Californians’ civil rights.” This is the central concern expressed by various privacy advocates and civil rights groups.

Ting has presented an unsettling portrait of the worst case scenario if this questionable technology was utilized on a regular basis by law enforcement: “Without my bill, face recognition technology can subject law-abiding citizens to perpetual police line-ups, as their every movement is tracked without consent. Its use, if left unchecked, undermines public trust in government institutions and unduly intrudes on one’s constitutional right to privacy.” Indeed, Bill AB-1215 declares that the use of such technology violates the individual freedom and privacy that citizens are guaranteed in Section 1 of Article 1 of the California Constitution.

As of now, the bill does not have unanimous support. Assemblyman Steven Choi of Orange County voted against AB-1215, explaining that, “Individuals, you and me, forgo our privacy when we enter public spaces. The use of biometrics by law enforcement agencies not only places our agencies in a proactive stance in finding known criminals but also saves the state hundreds of thousands of dollars in time and resources.”

Other law enforcement agencies maintain a similar view by pointing to the positive potential of facial recognition technology. The Riverside Sheriffs’ Association has indicated that this software would allow them to provide the best security possible at events like the Coachella Music and Arts Festival: “By banning this technology, California will be announcing to the nation and world that it doesn’t want our enforcement officers to have the necessary tools they need to properly protect the public and attendees of these events,” the association said in a statement.

John Mirisch, the mayor of Beverly Hills, has expressed a similar point of view, claiming that the use of facial recognition technology simply “saves time and agency resources” during high-profile events.

Ting’s proposal has been passed by the Assembly and is currently scheduled for a vote in the California Senate in the upcoming weeks. If the bill passes, California would be the largest state in the country to ban such technology from body cameras worn by police officers. New Hampshire and Oregon have passed similar legislation. Cities in California that have passed comparable bans include Oakland and San Francisco.

Chris Karr
Chris Karr is a California-based reporter for the The Epoch Times. He has been writing for 20 years. His articles, features, reviews, interviews, and essays have been published in a variety of online periodicals.
TOP NEWS