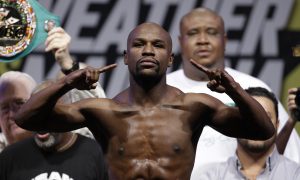 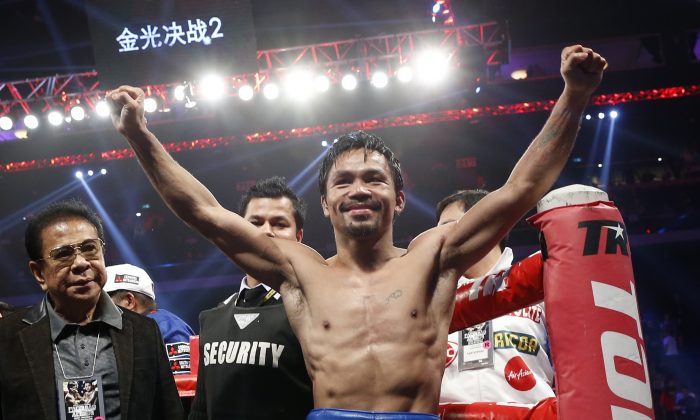 Manny Pacquiao punished Chris Algieri over the weekend, paving the way for the long awaited fight against Floyd Mayweather.

That fight seems closer to reality than it has for a long time, with the target date set for May 2015.

However, Pacman would need to agree to a rematch clause, which means that if he won the boxers would face off again in September.

Freddie Roach, Pacman’s trainer, said that the clause is fine with them.

“My understanding is that Floyd is insisting on the re-match if Manny beats him, which I believe he will. That’s okay with us,” he told the Daily Mail.

The superfight is expected to bolster boxing, which has had trouble drawing interest as attention turns to UFC and other forms of fighting.

The fight has been estimated to bring in $300 million, but estimates climb to around $1 billion if Pacquiao promoter Bob Arum succeeds in taking pay-per-view to the Chinese market.

Pacquiao easily beat Algieri over the weekend, settling the debate over whether he still has it. Although the fight went the distance, Algieri was stumbling around for much of it.

After the win, Pacquiao told fans regarding the Mayweather bout: “‘I want this fight and it is time now to give it to all our fans. They deserve to see it.”

It’s unclear where the fight would be held but Las Vegas is a top choice.

Pacquiao’s bout against Algieri was in Macau, China.