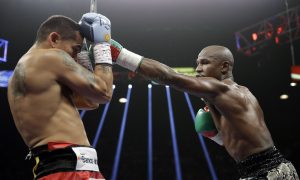 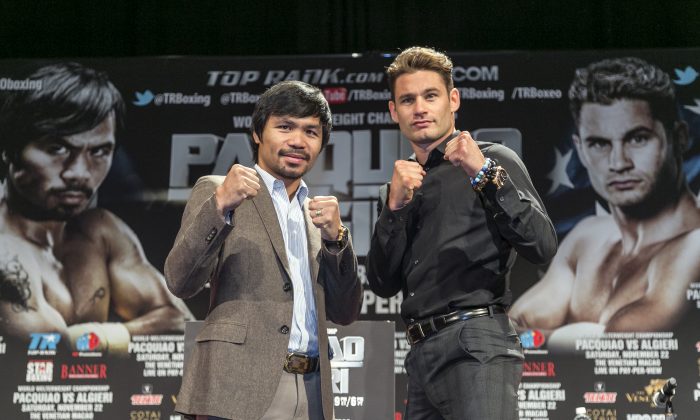 Khan, who wants to fight Pacquiao next year, says that “Pacquiao will be the winner.”

“He’s a stronger boxer, he punches harder, he has a little bit more quicker movements. He’s more explosive. I think that will win him the fight,” Khan told Fight Hype.

The British-Pakistani boxer also said, though, that Algieri is a good boxer and also has advantages such as being taller.

“But I think Manny will know how to deal with that,” he said.

Khan also noted that both Pacquiao and Floyd Mayweather Jr. have been declining recently but both still remain good fighters.

“Everyone gets at that age, they get old, you can start seeing a slight dip in their careers,” Khan said of both Mayweather and Pacquiao.

“But don’t get me wrong, they’re both very experienced, and that’s what wins them the fights. They’re very smart, and they’re good fighters. That’s what gets them through it. You can see a little dip, but they’re still good enough to win fights.”

Meanwhile, Pacquiao adviser Michael Koncz told the Manila Standard that Pacquiao is ready for the bout.

“Pacquiao is physically and mentally fully prepared,” Koncz said. “Pacquiao is 100 percent ready and I wish the fight was last week.”

While Koncz was careful not to completely dismiss Algieri, he said that the fight will not go the distance.

On the other hand, Algieri responded to recent comments from Pacquiao promoter Freddie Roach, saying that Roach “is nervous.”

“He’s acting out of character because he’s nervous. That stuff doesn’t affect me at all. I’m not that guy. It’s not going to work on me,” he told Hustle Boss.