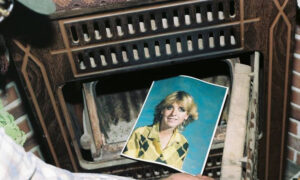 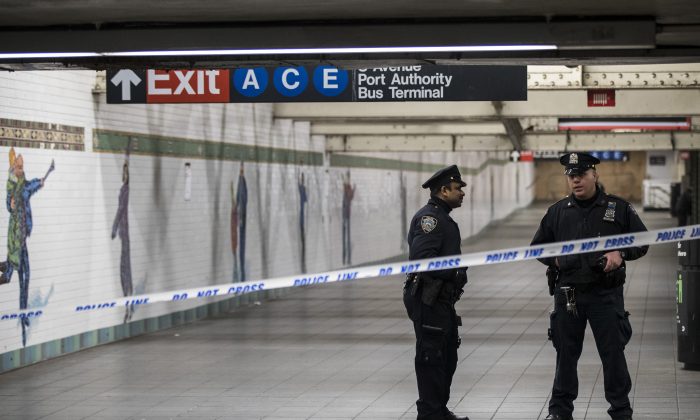 Police stand in a closed-off underground walkway near the site of a pipe bomb explosion in the tunnel that connects the Times Square subway station to the Port Authority Bus Terminal, on Dec. 11, 2017. (City.gerer/Getty Images)
Crime and Incidents

NEW YORK—The Bangladeshi man accused of detonating a bomb last December in a New York City subway passageway on behalf of ISIS was found guilty on Nov. 6, of all six criminal counts against him, including use of a weapon of mass destruction and support of a terrorist organization, according to federal prosecutors.

The verdict against Akayed Ullah, 28, came after a week-long jury trial in Manhattan federal court. Ullah faces a possible sentence of life in prison.

Ullah’s lawyers declined to comment on the verdict. They had not contested the bombing charges, but said his motive was to end his life, not to support ISIS, even though he had taken in the terrorist group’s propaganda online.

Ullah was arrested last December after detonating a homemade bomb in a pedestrian tunnel connecting two subway lines and a bus terminal in midtown Manhattan. The explosion did not kill anyone, but authorities said three people suffered minor injuries and the subway station and the Port Authority Bus Terminal were closed temporarily that morning.

Federal prosecutors said Ullah built the bomb out of a pipe taken from a construction site where he worked as an electrician, using match heads and sugar as explosives and screws as shrapnel. They said he was inspired by online ISIS propaganda urging supporters to carry out “lone wolf” attacks.

Before the attack, prosecutors said, Ullah posted on Facebook: “Trump you failed to protect your nation,” followed by an Arabic message expressing support of ISIS.

Ullah lived with his mother, sister and two brothers in Brooklyn and was a green card holder. At the time of the attack his wife lived in Bangladesh, and the couple had a six-month-old son.

Ullah’s wife told Bangladeshi investigators that Ullah had not prayed regularly before moving the United States, and officials said he had no criminal record in his home country.