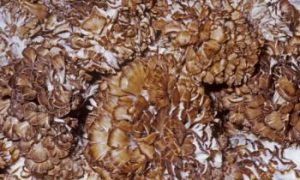 Hen of the Woods or Maitake Mushroom
0 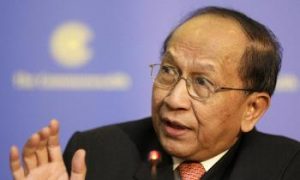 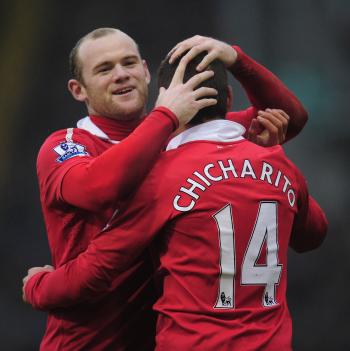 A below par Manchester United squeezed out a 2–1 win at the Hawthorns despite being outplayed by West Bromwich Albion for long periods. The win puts United three points clear at the top of the Premier League table prior to the conclusion of later Saturday matches.

United had the perfect start as Wayne Rooney scored his first goal in open play since last March with the clock not yet showing three minutes gone.  Enjoying a rare first team start, promising young Frenchman Gabriel Obertan teased Albion defenders on the left before sliding a short pass to Patrice Evra whose speculative cross was met by the head of Rooney.

While the Albion marking was certainly poor, Rooney should be given credit for the way he directed the header down and into the bottom corner of the net from some distance out.

West Brom took the game to United in search of an equalizer and created a couple of half chances without really troubling Tomasz Kuszczak who had been selected ahead of Edwin Van der Sar in the United goal.

The breakthrough came in the 14th minute when Nemanja Vidic, under pressure from Peter Odemwingie, headed a weak clearance into the path of James Morrison who was lurking on the edge of the penalty area. The ball sat up nicely for him and the former Middlesbrough man struck one of the sweetest swerving volleys with the outside of his right foot that you could wish to see.

The West Brom players were now full of confidence and really dominated their illustrious visitors. The Baggies were unlucky not to be awarded a penalty when veteran United defender Gary Neville, playing his 400th game, found Graham Dorrans’s pace too much for him and brought the Scot down in the area.  Surprisingly, referee Chris Foy saw nothing wrong.

Albion continued to impress after the break without being able to find the net, but it seemed their moment had come when Jerome Thomas bamboozled Rio Ferdinand who was nowhere near the ball when he hooked the winger’s foot from under him.

Top scorer Odemwingie lined up the penalty but scuffed his kick, sending the ball a couple of yards wide of Kuszczak’s right-hand post.

West Brom understandably appeared deflated after the missed opportunity to take the lead and United began to string a few passes together. In fact they also should have had a penalty when, on 73 minutes, Thomas blatantly stuck out an arm to deflect a cross from Fabio, who had come on to replace the tiring 35-year-old Neville.

It is always said that the best teams know how to win when they don’t play well and United could sense that they might just have a sniff.

Sure enough, two minutes after the penalty appeal Rooney curled a corner kick onto the head of the unmarked Javier Hernandez who gratefully put his team ahead.

The Mexican also found the net in United’s only other away win of the campaign at Stoke so perhaps he is the player who can turn those away draws into victories.

West Brom tried manfully to claw their way back but the visitors held out, despite Wayne Rooney leaving the field with a worrying ankle injury following a challenge by Chris Brunt.

Since United had already used all three substitutes Rooney came back on to help see out the game and make sure of the three points, but he was not moving at all freely and it remains to be seen if any serious damage has been done.

Sir Alex Ferguson paid tribute to West Brom’s fighting spirit commenting to Premier League website reporters, “It was a massive result for us and a great way to start the year. It was a really tough game.”