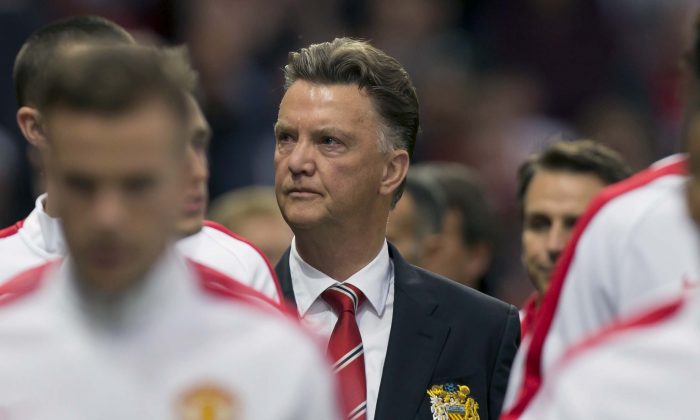 Manchester United and Swansea City are set to play in the first English Premier League match of the season on Saturday, August 16.

The game will be broadcast on BBC Radio 5 Live and BT Sport 1 in the United Kingdom.

The game will also air on NBCSN, Deportes Telemundo En Vivo, Mun2, and SiriusXM FC in the United States.

Live streaming is available on NBC Sports Live Extra and MUTV Online (for subscribers only).

Man United are 4/11 to win the match, as compared to 10/1 for Swansea, as per OddsChecker.

See an AP preview of this weekend’s EPL action.

MANCHESTER, England (AP) — The English Premier League is back — and it looks more competitive than ever this season.

Manchester City heads into the first match of its title defense, against Newcastle on Sunday, knowing there are four genuine pretenders to the trophy after a typically frenetic summer of transfers and coaching changes in English soccer.

After slumping to a seventh-place finish last season, Manchester United looks sure to be a factor again following the hiring of Louis van Gaal as coach. And both Chelsea and Arsenal should have the potency to last the course in the championship after signing top-class attackers.

Liverpool, the runner-up to City in a thrilling title race that went to the final weekend, should also be challenging again after reacting to the sale of star striker Luis Suarez with a spending spree of about $165 million.

With Tottenham and Everton having the potential to threaten the top-four favorites, anticipation is high in Europe’s most lucrative and watched league.

Here are five things to know about the first round of Premier League matches:

The debate is on as to whether Man City has sprinkled its squad with enough star quality in the offseason to hold off the charge of its rivals behind them.

Bolstering its defense with Eliaquim Mangala and Bacary Sagna and bulking up the midfield with Fernando and the aging Frank Lampard looks sensible but hasn’t set the pulses racing.

To some, there are shades of the summer of 2012 when City manager Roberto Mancini failed to make any jaw-dropping signings after a title success, allowing Man United to seize back the initiative and eventually oust City as champions. Mancini was fired as a result.

There is the argument, however, that City’s squad — especially in attack — was strong enough as it is and simply needed fine-tuning as Manuel Pellegrini has done.

Playing away first up against Newcastle, whose offseason signings have been shrewd, will be a good test of City’s credentials.

ANOTHER NEW ERA AT UNITED

For the second straight season, a new era at Man United begins with a Premier League opener against Swansea.

Twelve months ago, a 4-1 win over the Welsh club proved to be a false barometer for United and its then-new coach David Moyes, whose tenure went downhill from there and he was sacked before the season was out.

Expect things to be different under the more experienced Van Gaal. For starters, Wayne Rooney has been appointed captain and will be part of a new 3-5-2 formation that Van Gaal favors and has worked well in preseason for United, which has won all of its six friendlies.

The defense is a worry ahead of this weekend, though, with the new signing at left back, Luke Shaw, ruled out for a month, center back Jonny Evans also set to miss out and Nemanja Vidic, Rio Ferdinand and Patrice Evra all departed.

Striker Robin van Persie is also lacking match fitness and might not start.

With Diego Costa signed up, it’s difficult to find a weakness in Chelsea’s title challenge.

Jose Mourinho craved a lethal striker last season, one which Chelsea finished without a trophy mainly because of the lack of goals from Samuel Eto’o, Fernando Torres and Demba Ba up front.

Mourinho acted quickly this summer to snap up Costa for 32 million pounds ($53 million) after his brilliant season at Spanish champion Atletico Madrid, and it could prove to be a bargain.

“This is the player we were waiting for since last season,” Mourinho said after Costa’s two goals in a 2-0 friendly win over Real Sociedad on Tuesday.

With Costa up front and fellow new signing Cesc Fabregas in midfield, Chelsea shouldn’t be short of goals this season — starting at promoted Burnley on Monday.

The high-profile arrival of Alexis Sanchez, the feel-good factor carrying over from last season’s FA Cup success and a 3-0 win over Man City in the Community Shield last weekend has Arsenal feeling optimistic going into its opener against Crystal Palace on Saturday.

The London club was top of the standings for longer than any of its rivals last season but fell away after a strong start, with injuries to key players like Theo Walcott, Aaron Ramsey and Mesut Ozil taking their toll.

The squad looks even stronger for this campaign — especially following Sanchez’s signing from Barcelona after an impressive World Cup with Chile.

“He’s got pace, he’s got that special technique, his feet are so, so quick. He’s a bit cheeky on the pitch,” Arsenal captain Mikel Arteta said of Sanchez. “I think the fans are very excited and I think they are right because we’ve signed some player here.”

Arsenal, which sent out a statement by over-running City at Wembley Stadium on Sunday, hasn’t finished higher than third since the 2004-05 season.

LIVERPOOL AND THE OTHERS

Lovren is likely to be the only one to start on Sunday, with Liverpool appearing in great shape after thrashing German power Borussia Dortmund 4-0 in a friendly last weekend.

Tottenham’s first match under Mauricio Pochettino is at West Ham and Everton visits Leicester, one of three promoted side along with Burnley and Queens Park Rangers.

The other games are: Stoke vs. Aston Villa; West Bromwich Albion vs. Sunderland; and QPR vs. Hull.