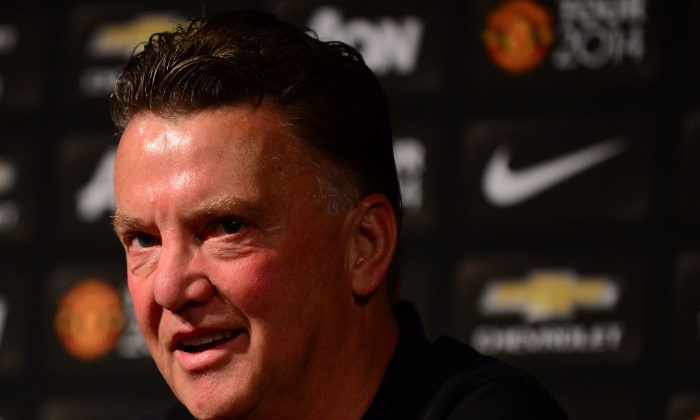 Roma and Manchester United are set to face off in an International Champions Cup 2014 match on Saturday, July 26.

The game will be broadcast on  ESPN Deportes, ESPN Deportes Radio, FOX Network, and SiriusXM FC in the United States.

The game will also air on beIN Sports Arabia 14 HD in Bahrain, Egypt, Oman, Syria, and in most other Middle Eastern countries.

Live streaming is available on MUTV (for subscribers only), Fox Soccer 2Go and Watch ESPN.

New Man United manager Louis van Gaal confirmed that right back Rafael will miss the clash due to a groin injury.

“We’ll have to wait and see [on his injury] but we know he cannot play [on Saturday],” said Van Gaal in a press conference.

Van Gaal also added that his players are happy with his training.

“The players are willing to pick up all the information that we say which is very important. They want to perform our philosophy. We have to wait and see how it develops.

“This morning was not a good session. It was 11 v 11 but tonight the positional play was great. They made the pitch big when they had the ball and small when they didn’t have it. I see progression every day but also not good things. We are there to improve that.

“It’s unbelievable that we are playing at two in the afternoon [local time], but we’ll adapt to the situation,” he added.

“All the players will play 45 minutes except Tom [Cleverley] and [Tyler] Blackett will play 90 minutes and for these players it will hard. We have enough players to have 45 minutes each and I hope we can have a drink. I’ll convince the ref to have a drinks break like I did in Fortaleza [at the World Cup].