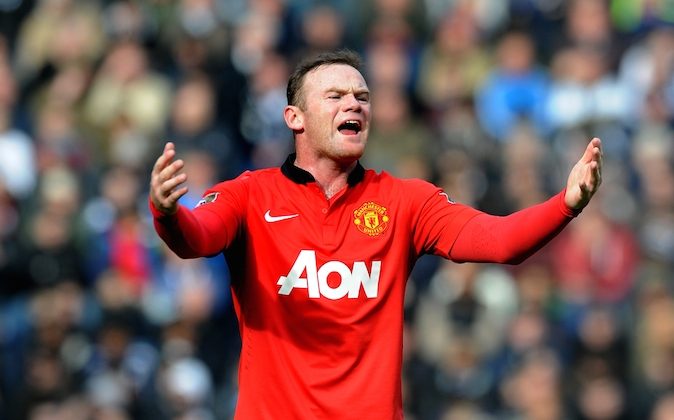 The game will be broadcast on Sky Sports 1/HD, Sky Sports Red Button, and Sky Sports Events Centre in the United Kingdom.

The game will also air on DT, ERT Web Sport 1, and Nova Sports 1 in Greece.

In the United States, the game will be shown on Fox Deportes and Fox Sports 1 USA.

In the first leg fixture on February 25, 2014, Olympiakos beat favorites Man United by a score of 2-0.

5 Things to Know About Man United vs Olympiakos

If Manchester United thought things were bad after a humiliating English Premier League loss to Liverpool at the weekend, they could get a whole lot worse if the team exits the Champions League on Wednesday.

Qualifying for the last 16 offered potential respite from the domestic woes of United and beleaguered manager David Moyes, especially when they were given a supposedly benign draw with Olympiakos.

It hasn’t worked out that way. A 2-0 defeat in Piraeus in the first leg has left United with slim chances of advancing to the quarterfinals, leaving the club staring at a trophyless season in Moyes’ tumultuous first year in charge.

Here are five things to know about the second leg on Wednesday:

MOYES HANGING ON: The only positive Moyes could cling to after a demoralizing 3-0 home loss to Liverpool on Sunday was that supporters inside Old Trafford continued to back the team to the end. There were no boos at the final whistle and fans carried on singing even as the ball hit the back of the net for Liverpool’s late third goal. United fans, though, can barely believe what they are seeing in the first season after the departure of Alex Ferguson; the team is seventh in the Premier League; a top-four finish is virtually impossible; seven defeats in 14 matches in 2014; big players not performing. If the crowd turns on Moyes, he could struggle to retain his grip on his job. The reaction Moyes and the team receive on Wednesday, especially if they go behind, will be telling. “Results will always dictate that,” Moyes said, “but I can only tell you what I heard. They are supporting their team in a difficult period.”

WHERE ARE THE GOALS? Possibly the most worrying statistic of all for Moyes will be this: United has just 18 goals at home in the EPL this season, the same amount as last-place Fulham. Wayne Rooney’s form and reintegration to the squad has been the most encouraging aspect of Moyes’ first season but his partnership with Robin van Persie isn’t firing and their link-up play was non-existent against Liverpool. Old Trafford no longer intimidates visiting teams. And there’s even more pressure on United on Wednesday, since winning the Champions League offers the only realistic route back into the competition next season.

CLUTTERED MANTLEPIECE: Olympiakos has won all but two Greek titles since 1997, and this year’s one-sided league race ended on Saturday with an easy 2-0 win over Panthrakikos, with five matches still left to play. Key players were rested at the weekend as others recovered from injury to create an ideal set-up for the Greek side at Old Trafford. “We can make history in that match,” said Paraguayan striker Nelson Valdez, who scored on Saturday. “We aren’t going there to defend. We want to stop United from prevailing, to prevent them from imposing their game so that we are the ones who go through.” Defender Ivan Marcano and striker Javier Saviola were in the traveling squad after returning from injury to rejoin training on Monday. “We can’t celebrate fully just yet. We have a big match in front of us and we need to stay calm. But the time for celebrating will come,” midfielder Alejandro Dominguez.

PENALTY PRACTICE: At Monday’s training, Olympiakos worked on its set-pieces and penalties, and coach Mitchel Gonzalez refused to be swayed by the players’ confidence. “I don’t want anything to change our performance,” the Spaniard said. “We are aware that 2-0 in the first game is not a serious advantage, and if we are going there to qualify, then we are going there to score. We know how badly they want to turn things around and be the ones to make it through.” Olympiakos rebounded on Saturday from two straight losses — the only ones in the Greek league this season — to fierce rival Panathinaikos and PAOK. And Gonzalez said he remained worried about defensive errors in those matches. “The players know that we have to defend better than we have been doing in recent games,” he said. “Everyone is aware of this issue. I don’t have to bring it up with them anymore.”

HEAD-TO-HEAD RECORD: Olympiakos will be thankful it has a two-goal cushion from the first leg — history suggests the team will need it. Olympiakos has lost all 11 of the matches it has played in England and, until the first leg, had never beaten United. The Greek team hasn’t reached the Champions League quarterfinals since 1999, a year United won the competition.