Be Greek for a Day
0 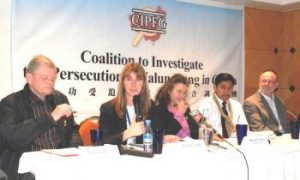 40,000 Kiwis Sign Petition for Rights in China Before Olympics
0 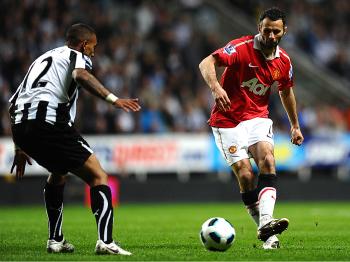 Manchester United Miss Chances at Newcastle, Settle for A Point

By Denis Charlton
Print
Manchester United’s 0-0 draw away to Newcastle United will have given Arsenal and Chelsea a glimmer of hope that the race for the English Premier League title is not yet over.

United are now 7 points clear of Arsenal in second place while Newcastle’s point takes them to the magical 40 which is generally seen as the number required for safety. Although in the top half of the table, the Magpies were only 6 points clear of the relegation places at the start of play.

Manchester United could have won. Ryan Giggs uncharacteristically spurned the chance of the night in the 69th minute.

The team in red might have been ahead as early as the 2nd minute when Wayne Rooney sped down the right and fired in a low cross which Javier (Chicharito) Hernandez failed to turn in thanks to prompt action by Tim Krul in the Newcastle goal. It was a fine save from the Magpies’ reserve keeper which would have given him great encouragement.

Urged forward by skipper Joey Barton, Newcastle took the game to their illustrious visitors and enjoyed the majority of possession for the first half hour. Indeed, they had four corners in the first 9 minutes alone, but were unable to carve a way through to goal. The closest they came was a Joey Barton free kick from just outside the penalty area which, although on target, lacked the power and direction to trouble Edwin van der Sar.

During Newcastle’s purple patch Manchester had only one significant excursion into the Magpies’ final third, but it produced a better chance than all the home side’s huff and puff. On 19 minutes Wayne Rooney was clean through but shot over the top. It appeared that Krul may have got a touch, but the decision was a goal kick rather than a corner.

The league leaders began to assert their authority as half time approached. Nani went down in the Newcastle area but not only did the referee show no interest in the Portuguese international’s appeal for a penalty, he gave Nani a stern talking-to in the presence of his captain Nemanja Vidic. Presumably the message was that he was not going to be conned and any further attempt to do so would be punished.

Newcastle had a couple more opportunities to break the deadlock just prior to the half time whistle. Barton fired another free kick tamely into the arms of van der Sar and Peter Lovenkrands failed to find the target with a free header.

Not long after the break Lovenkrands was again in the spotlight when he was at the centre of a Newcastle penalty appeal that also fell on deaf ears. That turned out to be about as good as it would get for Newcastle as an attacking force in the second period, as Sir Alex Ferguson’s team went in search of a winner with Edwin van der Sar a virtual spectator for much of the half.

In the 69th minute Patrice Evra darted into the penalty box, leaving a couple of Newcastle defenders for dead and pulled the ball back perfectly into the path of Ryan Giggs who shot wide with the goal at his mercy.

On 83 minutes a shot from Rooney hit Cheik Tiote’s raised arm inside the penalty area. On many occasions a spot kick would have been awarded, but it was already apparent that this was not going to be a night for penalties. In fact shortly afterwards Hernandez was booked for diving. Former Manchester United player Danny Simpson did make slight contact with the Mexican but, while that was probably not worth a penalty, it appeared rather harsh to give Chicharito a yellow card.

United did have two more chances to grab the points near the end. It was not one of Ryan Giggs’s more memorable nights as on 88 minutes he scuffed his shot on the turn following a patient build-up involving a dozen passes. Then in the last minute of stoppage time an off-balance Rooney could only head Valencia’s cross wide of the goal.

All eyes now turn to the Chelsea and Arsenal games tomorrow night to see if the London clubs can take advantage of Manchester United’s slip-up and close the gap at the top.