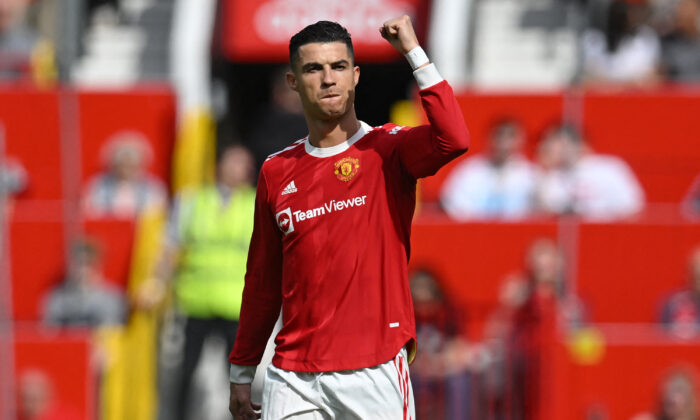 Cristiano Ronaldo missed Manchester United’s crucial English Premier League (EPL) match at Liverpool F.C. on Tuesday. Ronaldo and his partner, Georgina Rodriguez, announced on social media that one of their newborn twins had passed away on Monday.

“We are all devastated at this loss,” wrote the 37-year-old Portuguese international Ronaldo on social media, “and we kindly ask for privacy at this very difficult time. Our baby boy, you are our angel. We will always love you.”

Ronaldo and Rodriguez have four older children and had announced last year that they were expecting twins.

Manchester United stated that Ronaldo would not play or travel with the team to Liverpool, stating “Family is more important than everything and Ronaldo is supporting his loved ones at this immensely difficult time.”

“It’s the worst [thing] that can happen,” said United interim manager Ralf Rangnick. “We are behind him. We are all with him. We wish him and his family that they are strong together.”

Liverpool manager Jurgen Klopp stated following the match, “That is exactly how football should be, all rivalry aside in this moment. There is only one thing that is important and it was really a show of class.”

Besides winning the second most Ballon d’Or trophies in history as the best soccer player of the year with five, Ronaldo has made numerous charitable donations throughout his career.

Ronaldo was named the world’s most charitable sportsperson in 2015, after donating 5 million pounds to the relief effort following the earthquake in Nepal that killed over 8,000 people.

In June 2016 after his former team’s—Real Madrid—Champions League victory, he donated his entire 600,000 Euro bonus to a charity app that he launched in August to help “Save the Children,” allowing donors to take a selfie with him in one of several different poses and outfits.

Without Ronaldo’s presence, Liverpool controlled 70 of the 90 minutes of play as Klopp happily explained following Liverpool’s 4–0 domination of United.

With five games remaining in the EPL season, Liverpool temporarily edges Manchester City 76 to 74 points in the standings; as City is heavily favored in Wednesday’s match-up against Brighton & Hove Albion.

United sits in sixth place with 54 points, unlikely to finish in the top four to qualify for next year’s UEFA (European Football Assoc.) Champions League. United has never been in this position in club history with such few points in league standings at this time of the season.

Before Saturday’s victory, United had won only one of their last seven matches, but the win put them in a tie for fourth alongside Arsenal.

Prior to Saturday’s match, thousands of United fans showed their discontent by protesting against the owners beginning Friday, which continued beyond their match against Norwich.

United had finished second in the previous, 2020–2021, campaign and returned mostly the same squad, adding Ronaldo from Juventus in a transfer following a horrific start.

The former manager was fired, and the club climbed back toward the top of the standings even though their play was mediocre at best. In a rebuild, the club will likely release Ronaldo and his large salary to re-assemble a winning side.

At 18 years old, Ronaldo’s career vaulted to stardom following his transfer from his native club of Sporting CP to Manchester United in 2003.

As the primary player on a roster full of superstars, Ronaldo led United in dominating the EPL; before being traded to Real Madrid in the largest transfer in history worth 94 million Euros (80 million pounds) in 2009.

In the summer of 2018, Ronaldo transferred to Juventus, before returning to United early in the 2021 campaign. His career goal total in professional club play is an astounding 695.

Ronaldo intended to contend for more EPL and Champions League championships negotiating with United’s biggest rival, Manchester City; but his former manager, Sir Alex Ferguson, convinced him to return to his beloved United.

Internationally, Ronaldo scored 10 hat tricks and leads in the most goals in history with 115 for Portugal; as captain, Ronaldo was victorious in the 2016 Euro Cup.

In 2004 at 19 years of age, Portugal lost in the finals of the Euro Cup, with Ronaldo being the youngest player in a major international tournament final. His latest international victory was at the inaugural season of the 2018–2019 UEFA Nations League.

The long and celebrated career of Ronaldo is likely nearing its end, but admiring soccer fans will continue to appreciate his skill, athleticism, passion, and dedication to the game … as exemplified by the serenade at Tuesday’s away match at Liverpool.