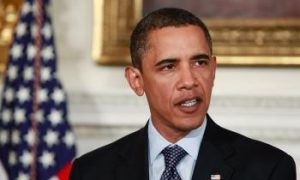 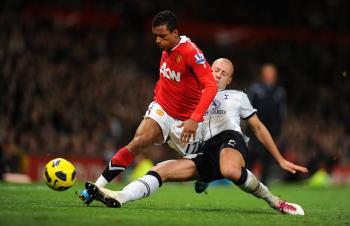 By Denis Charlton
biggersmaller
Print
Goals from United skipper Nemanja Vdic and the in-form Nani meant that Spurs went away from Old Trafford empty handed yet again. It is now 21 years since the north Londoners managed a win in the “theatre of dreams.”

In fact United’s second goal, which put the result beyond doubt, was something of a nightmare for the Tottenham goalkeeper. Following an unsuccessful United attack, Gomes was mistakenly under the impression that a Spurs free kick had been awarded. He placed the ball on the ground and slowly stepped back to look around for a teammate in space.

Meanwhile Nani, who had been lying in the goalmouth behind Gomes, realized that the free kick was nothing more than wishful thinking on Gomes’s part, got to his feet, casually trotted back to where the ball was placed and duly dispatched it into the net.

Wiith only 6 minutes left on the clock, it was game over.

After a lively first half hour, during which Park Ji-sung hit the post at one end and Rafael Van de Vaart did likewise at the other, Vidic gave United the lead with a trademark header from a Nani free kick on the half hour mark.

Spurs did have their moments. One powerful run from Gareth Bale was particularly impressive, but his final shot went the wrong side of the post. However, all things considered, United just about deserved the points. Van der Sar will have been grateful for a long overdue clean sheet.

With the first Manchester derby of the season looming, the Sky Blues surprisingly went down for the second week in succession, but this time to lowly Wolverhampton, and that will be cause for concern at Eastlands.

City looked a class apart in the early stages and went ahead courtesy of an Emmanuel Adebayor penalty after 23 minutes. The visitors then slipped into cruise mode, seemingly in the belief that the Wolves would simply roll over. They should have known that what Mick McCarthy’s team lacks in technical ability they make up for with sheer graft and determination.

Wolves took the game to their more illustrious opponents and Nenad Milijas grabbed a deserved equalizer on 29 minutes. They continued to hold their own in the second half, and David Edwards put the home team ahead at the 56 minute mark—his first goal in 14 months—having headed against the upright earlier in the game.

Adam Johnson was sent on with a quarter of an hour left and again caught the eye as City tried to get something out of the game, but Wolves hung on for three precious points.

The top two both eked out victories with late goals. Alex Song headed in Arsenal’s winner two minutes from time against a West Ham team that had fought hard and arguably deserved a point.

Similarly, a header from Chelsea's Ivanovic, just seven minutes from time, frustrated Sam Allardyce’s Blackburn after they had dominated the early exchanges and gone in front through a 21st minute Benjani header.

Rovers had several opportunities to put the game to bed but failed to take them. Instead, a trademark flowing, Malouda-inspired move ended with Anelka leveling things up. In the second half, Blackburn spurned more chances, while Chelsea typically managed to find that winner.

Everton continued their revival thanks to Ayegbeni Yakubu’s first goal since April. The Nigerian’s effort was enough to give them the win against Stoke at Goodison Park. American Clint Dempsey bagged a brace of goals for Fulham against Wigan. The victory put the Cottagers up to eighth in the table—just a point behind Everton.