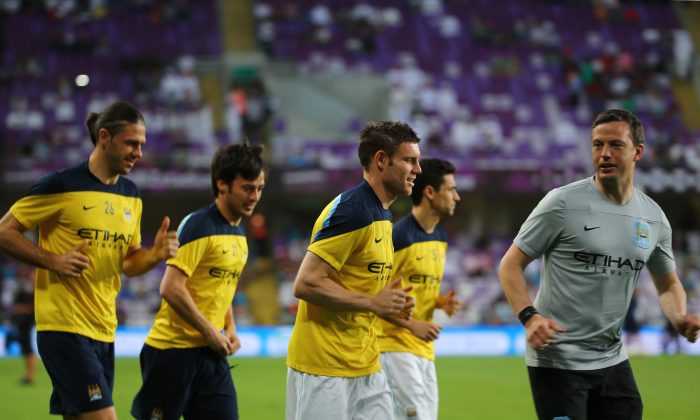 Manchester City and Olympiakos will face off in a club friendly match on Saturday, August 2.

The game will be broadcast on Sky Sports 1/HD in the United Kingdom, as well as Nova Sports 1 in Greece.

Man City are 1/2 to win the game, while Olympiakos are 6/1, according to OddsChecker.com.

In an interview with MCFC.com about the pre-season tour and the 2014/2015 season, City midfielder James Milner said: “You just want to get into it and get your running done.

“Pre-season isn’t really a time any player likes, but it was good to get out there and get 45 minutes in.

“There’s not much of a break after a World Cup. You need a rest but on the other hand it doesn’t take you too much time to get back in the swing of things.

“It’s all behind us now and we are focusing on the new season. We know how hard it’s going to be and we know how strong the other teams are and they’ve strengthened again but it’s up to us to go again and try to retain the title.

“It’ll be tight; it was very competitive last year and I’m sure it will be close again. It’s down to us to go out there and show we are the beat, I suppose.”

“I don’t like making predictions but we’ve got a strong team, we’ve improved our squad, it’s stronger. The new guys are settling in and once they do, we’ll be better for it.”

“The hunger is there. We want to go again because we’ve had the taste of winning trophies. At one point last season we were still in all four league trophies and pushing for each one.