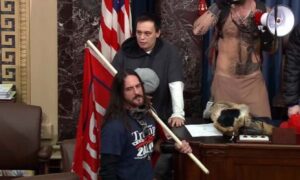 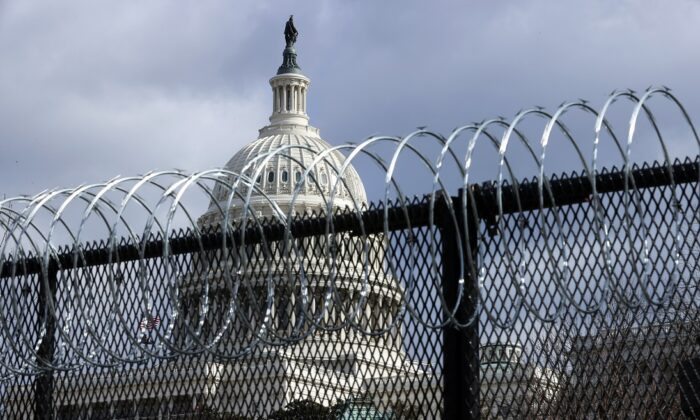 A Maryland man who filmed the death of Ashli Babbitt inside the U.S. Capitol on Jan. 6 pleaded guilty on Thursday to a misdemeanor.

Andrew Bennett agreed to plead guilty to parading, demonstrating, or picketing in a Capitol Building in exchange for three other misdemeanor charges being dropped, according to a plea agreement filed with a federal court in Washington.

The agreement was accepted during a July 22 hearing before U.S. District Judge James Boasberg. Boasberg, an Obama nominee, accepted the plea.

A public defender representing Bennett did not respond to a request for comment.

Bennett faces up to six months in prison and a fine of up to $5,000, as well as possible restitution.

Sentencing is scheduled for Oct. 1.

According to charging documents, Bennett posted on Facebook on Jan. 4, “You better be ready chaos is coming and I will be in DC on 1/6/2021 fighting for my freedom!” He used hashtags for “[expletive]China,” “STOPTHESTEAL “FIGHTBACK” and a slogan linked to the Proud Boys, a right-wing group. Some members of the group have been charged for crimes linked to Jan. 6.

Bennett said he tried getting in touch with the group’s Maryland chapter to become a member but prosecutors said they did not find evidence he did become a member.

On Jan. 6, Bennett made his way to the Capitol grounds and began livestreaming outside the building at approximately 1 p.m. He joined hundreds of others in entering the Capitol.

During one of the videos, Bennett told others not to be destructive, though in another he said, “break it down!”

There is no evidence he was violent or destructive, authorities said.

In another video, a gunshot can be heard; Bennett was filming around the entrance of the Speaker’s Lobby, where Babbitt was fatally shot by a U.S. Capitol Police officer as she attempted to enter the lobby through a broken window.

Records obtained by the FBI, including Facebook records, matched Bennett to his residence in Columbia, Maryland.

Bennett is one of over a dozen defendants to plead guilty.

Several have already been sentenced.