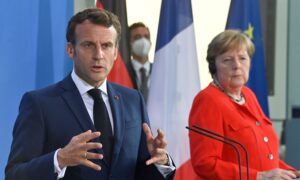 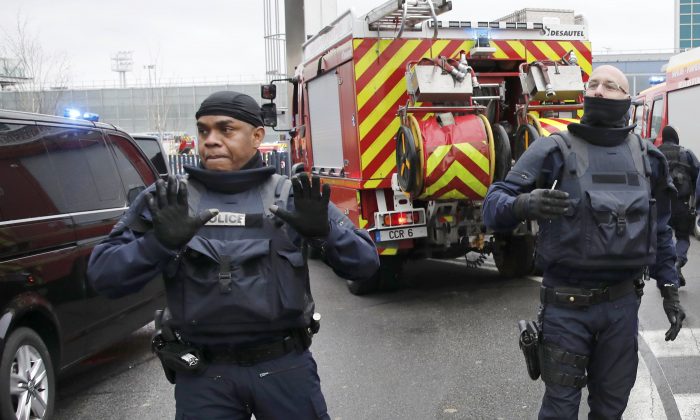 PARIS—Security forces shot dead a man who tried to seize a soldier’s gun at Paris Orly airport on Saturday, forcing the evacuation of the busy airport and putting security back in the spotlight in the middle of France’s presidential election campaign.

The man, identified as a 39-year-old radicalized Muslim who was already on the radar of police and intelligence services, had earlier shot and wounded a police officer with an air gun after a routine traffic stop north of Paris, officials said.

With the country in the throes of a highly-charged election campaign after two years of attacks on civilians and public targets by Islamic State militants – several of them in Paris – the anti-terrorism prosecutor opened an investigation.

A police source identified the man only as Zied B. and said he was known to the police for theft and drug offences.

An army spokesman said he was shot dead after a struggle with a female soldier on patrol in the airport terminal after he had earlier shot and wounded a police officer with an air pistol during a police check on the opposite side of Paris.

The man’s father and brother were taken into police custody, a judicial source said. BFM TV, without giving a source, said the attacker had texted his father saying: “I’ve screwed up. I’ve shot a policeman.”

President Francois Hollande said the case had been turned over to anti-terrorism prosecutors and a number of operations were under way. The incident had shown the need for the “Sentinelle” security operation brought in after an outbreak of attacks by militants in 2015, he said.

More than 230 people have died in France in the past two years at the hands of attackers allied to the militant Islamist group Islamic State, whose strongholds in Syria and Iraq are being bombed by an international coalition including France.

These include coordinated bombings and shootings in November 2015 in Paris when 130 people were killed and scores injured.

Strengthening France’s security is at the heart of the campaign for presidential elections in April and May, where centrist Emmanuel Macron is predicted to hold off a strong challenge from far-right-winger Marine Le Pen, who advocates tough measures against illegal immigrants and radical Islamists.

Saturday’s train of events began at Stains, near Le Bourget airport in northern Paris, where the man fled in a car after he shot and wounded a police officer at a road check.

Soon afterwards, he was involved in a carjacking in another Paris suburb Vitry where he threatened customers of a bar, Interior Minister Bruno Le Roux told reporters.

Soon afterward at Orly, he tried to seize a Famas assault rifle from a young woman air force member who was patrolling the airport as part of the army’s “Sentinelle” security operation.

One witness, who gave only his first name of Dominique, said he saw a man seize the woman soldier by the arm and take hold of her weapon. Her comrades tried to reason with her assailant.

“We ran off, down the staircase. Afterwards, we heard two shots,” he told BFM TV.

“Sentinelle” is the government’s stepped-up security response to the January 2015 Islamist attack on the satirical weekly Charlie Hebdo which killed 12 people. The operation was reinforced after the November 2015 attacks in Paris.

Saturday’s attacks would have no impact on a trip to Paris by Prince William, second-in-line to the British throne, and his wife Kate, who are due to end a two-day visit to the French capital on Saturday, a British spokesman said. The British royals earlier on Saturday met some of the survivors of the Paris attacks in a visit to a military hospital.

An international rugby match, France versus Wales, was due to take place in Paris later on Saturday which the British royals were due to attend.

Around 3,000 passengers were evacuated from Orly, France’s second-busiest airport, after the incident as security services sealed off the terminal and swept it for bombs, but no explosives were found. Crowds of passengers waited outside.

Noone else was injured at the airport.

Flights were suspended from both airport terminals and some flights were diverted to Paris Charles de Gaulle airport, airport operator ADP said.

But normal flight operations were later said to be resuming, the Paris airports operator said.

Last month, Egyptian Abdullah Reda al-Hamahmy, 29, was shot and seriously wounded when he launched himself at a group of soldiers, crying out “Allahu Akbar” (God is greatest).