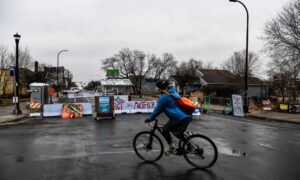 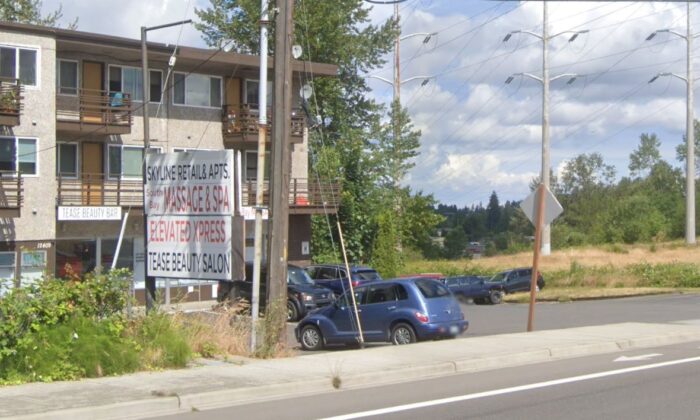 A man was shot inside of a massage parlor in Seattle late Thursday, following a spate of massage parlor shootings in the Atlanta area earlier this week.

The King County Sheriff’s Office said its Major Crimes Unit was investigating the shooting, which it described as a robbery.

The male victim was transported to the hospital with non-life-threatening injuries.

The shooting took place at South Bay Massage and Spa.

“At this time, all evidence indicates this is a robbery with no other motivations,” the office said in a statement.

The office didn’t immediately return a request for more information.

Officials told local news outlets that the male victim was an employee at the spa and is of Asian descent. Officials told KIRO-TV that there is no indication at present that what happened was a hate crime, or was linked to the Atlanta area shootings.

A man identified as Robert Aaron Long, 21, was arrested this week after allegedly gunning down eight people at three different parlors in and outside Atlanta.

Authorities have said there is no evidence of racial animus fueling the rampage, but six of the eight victims were of Asian descent.

Hate crime charges may be brought in the case, Atlanta Mayor Keisha Lance Bottoms, a Democrat, has said.

In a March 16 statement, Democrat Seattle Mayor Jenny Durkan and Police Chief Arian Diaz called the violence in Atlanta “an act of hate.”

“In Seattle and across our nation, our Asian American neighbors, places of worship, and businesses have been deliberately targeted by racism, xenophobia, and acts of violence related to misconceptions of COVID-19,” the officials said, adding: “Individuals who commit these crimes must be arrested and held accountable. We are also taking additional steps to protect our Asian American neighbors—that includes increasing outreach to the Asian American community and community-based organizations across Seattle, as well as additional presence by police patrols and our Community Service Officers to ensure we are doing all we can for them during this painful time.”

President Joe Biden was set to visit Atlanta on Friday, along with Vice President Kamala Harris.

“Vicious hate crimes against Asian Americans, who have been attacked, harassed, blamed, and scapegoated. At this very moment, so many of them—our fellow Americans—they’re on the frontlines of this pandemic, trying to save lives, and still—still—they are forced to live in fear for their lives just walking down streets in America. It’s wrong, it’s un-American, and it must stop,” he said, referring to the COVID-19 pandemic.