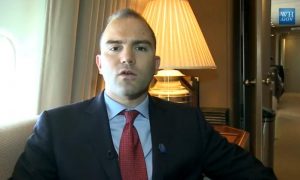 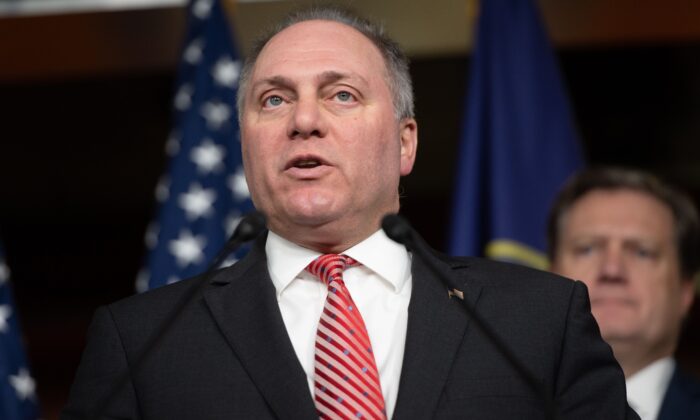 A New York man was sentenced to five years in prison on Nov. 21 for leaving threatening voicemails for two members of Congress, both Republicans.

Carlos Bayon, 64, admitted in court he left the voicemails, but claimed they were only expressions of the anger he felt over Republican President Donald Trump’s immigration policies.

“Hey listen, this message is for you and the people that sent you there. You are taking ours, we are taking yours. Anytime, anywhere. We know where they are. We are not going to feed them sandwiches, we are going to feed them lead. Make no mistake you will pay. Ojo por ojo, diente por diente (Spanish for ‘an eye for an eye, a tooth for a tooth’). That is our law and we are the majority. Have a good day,” Bayon said in a voicemail to Scalise.

He left the same message with McMorris Rodgers later on June 30, 2018.

Armed with a search warrant, law enforcement agents searched Bayon’s residence and storage garage and found a loaded rifle, 150 rounds of rifle ammunition, and books on how to make homemade bombs and other explosives, among other items.

Bayon was convicted of two counts of retaliating against a federal official and two counts of making a threat by interstate communication and sentenced by Chief U.S. District Judge Frank P. Geraci Jr.

“Today’s sentence should send a strong message to those who seek to express their political views by making threats to public officials,” Assistant U.S. Attorney Paul Bonanno said in a statement. “If you chose to sound-off by making such threats, then one response you will likely hear in the future will be the sound of a prison door slamming shut behind you.”

When the charges were announced last year, Bonnano said: “Though the government cannot force people to respect one another, the government can force people to respect the rule of law by prosecuting those who break it. If someone disagrees with a law, then the Constitution specifies the means to be pursued to have that law changed. Threats to lawmakers are not an acceptable means to accomplish that objective.”

A lawyer who was helping Bayon with the case told the Associated Press that the voicemails weren’t meant as threats even if the language was provocative.

Scalise’s spokeswoman, Lauren Fine, told the outlet that Scalise was grateful to law enforcement and the courts “for ensuring that justice was served.”