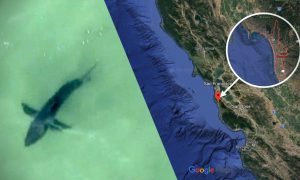 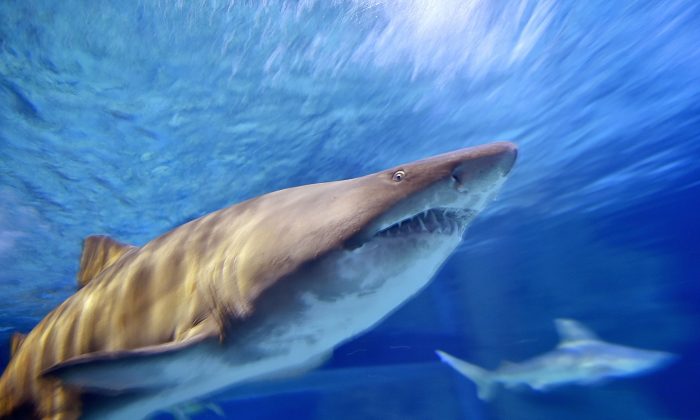 It goes without saying that beach sand isn’t the natural place for a shark.

While some people might think that they would face serious harm when approaching a shark, one man viewed it like any other animal in need.

It’s not clear if the shark survived.

Commenters praised the man for his quick thinking.

“This guy is not only brave, he is also smart. When he dragged the shark into the water, he made sure he didn’t let go of the tail until he was nearer to the shore than the shark. This guy knows what he is doing,” said one person.

Another wrote: “I applaud for humanity. Thank you, mysterious shark rescue man. Thank you.”

Said a third, “This guy is awesome, most people would just take pics next to it and let it die.”

Lifeguards in Beach Haven, New Jersey, blew their whistles to try to clear the area when a shark was spotted on a beach, WABC reported.

Andrew Boris, captured the whole thing on camera as a crowd watched.

“I actually got a chance to briefly talk to the guy who caught the shark,” Boris told InsideEdition.com. “He’s not a professional or anything like that. He said he’s just an adrenaline junky.”

“One of the other lifeguards grabbed it from him, and then they tried to make their way out into the surf to try to let the shark go, but they kind of got into distress because they were a little too deep,” Boris added to WABC. “So then the other lifeguard in the Sea-Doo [jet ski] went out to rescue that guy and the shark, and he made this amazing one hand grab of the shark, held it over his head as he was going out and everyone was cheering.”

The shark was returned safely to ocean waters.

A truly massive shark was spotted off the coast of Martha’s Vineyard, Massachusetts, according to recent video footage.

A clip posted to Twitter shows a shark that is at least 20 feet in length.

It’s not clear what kind of shark it is, but according to the person who posted it, “Jaws does exist.”

Other details about the video, including when it was taken, are not clear.

One user wrote that it is a basking shark as the dorsal fin is sticking straight up, whereas great white sharks have a 45-degree angle fin.

Basking sharks are the second-largest shark in the world next to whale sharks. And like whale sharks and megamouth sharks, they eat plankton.

“The most impressive feature of the basking shark is its mouth, which opens up to 1 meter wide. It has a conical body covered with a layer of mucus, gray or brown skin on the back and white on the belly. Its dorsal and pectoral fins are so large that they can reach 2 meters each and its tail is crescent moon shaped,” says Sharks World.

The site adds: “It has a conical snout and large gills. Inside its mouth, this shark has several hook-shaped small teeth. Its liver is about 25 percent of its total body weight and is rich in squalene, a substance that helps the shark to float.”