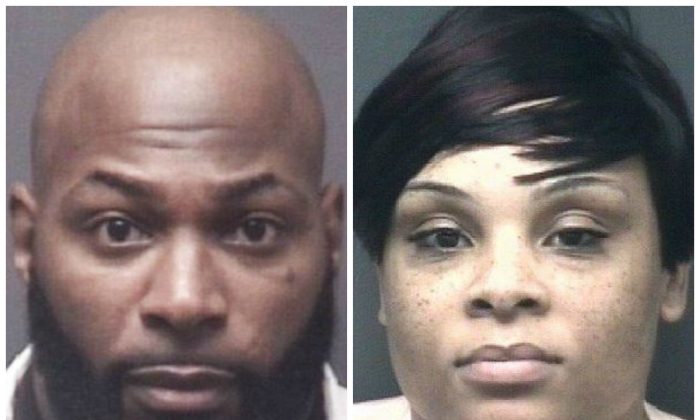 A couple in North Carolina was arrested for allegedly shooting inside a movie theater after getting into a dispute over seating at a screening of the movie “Black Panther.”

Shameka Latrice Lynch, 30, was charged with two felony counts of assault with a deadly weapon with intent to kill.

She was also charged with one count of discharging a firearm in an enclosure to incite fear, reported The Daily Reflector.

The arrest warrant states that a man discharged a .32-caliber pistol on Feb. 23 inside a movie theater on Fire Tower Road in Greenville.

Police officers said it appears the shot came after Lynch and a male companion got into a dispute with a couple over assigned seating.

The shot was fired into the ceiling of the theater.

Witnesses called police while others fled the scene in the ensuing panic, fearing an active shooter situation.

Waves of police officers rushed to the scene.

“About every 5 steps there was an officer with an assault rifle and fully armored,” Ryan Query, who was with his wife just four theaters down watching “Black Panther,” told WNCT. He said armed officers entered the theater and informed them they needed to evacuate.

The companion of Lynch was later identified as 40-year-old Chadwick Cherry.

Police told WNCT that Cherry is believed to be the individual who fired the gun, and he has been charged with discharging a firearm in an enclosure to incite fear, two counts of assault with a deadly weapon with intent to kill, and possession of a firearm by felon.

While police had to search for Cherry with help from the FBI and the SBI Fugitive Task Force., Lynch turned herself in.

Officials caught Cherry near the intersection of Greenville Boulevard and Memorial Drive.

He said he would hire his own attorney while Lynch waived the right to counsel.

No additional arrests are expected.