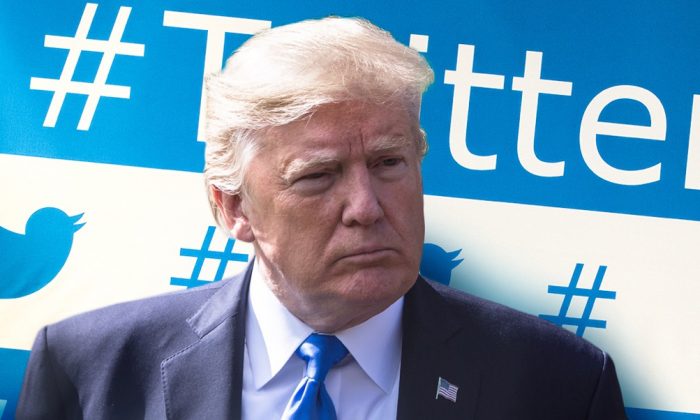 (Photo illustration by The Epoch Times)
US News

The man who set the wheels in motion to briefly deactivate President Donald Trump’s Twitter account early this month spoke out for the first time on Wednesday.

Trump’s Twitter account was deactivated for 11 minutes at around 7 p.m. on Nov. 2. With more than 30 million followers, the disappearance of the account triggered a wave of confusion and speculation around the world before the account reappeared again.

Trump responded to the deactivation the next day with a hint that it was not accidental.

My Twitter account was taken down for 11 minutes by a rogue employee. I guess the word must finally be getting out-and having an impact.

Twitter blamed the deactivation on a contractor who was working his last day at the company. Twitter never identified the employee, but Tech Crunch tracked him down and identified him as Bahtiyar Duysak, a 20-something with Turkish roots born and raised in Germany.

Duysak returned to his hometown in Germany after the incident. He told Tech Crunch that he never thought that his actions during his last hour at Twitter would lead to the deactivation of Trump’s account.

Duysak worked on a team that handles reports of offensive or illegal tweets, harassment, and users impersonating other people, among other issues. When he received a report about Trump on his last day, he set the process in motion to deactivate the account of the president of the United States as “a final, throwaway gesture”, Tech Crunch wrote.

He then closed his laptop and left the building. Hours later, a woman approached Duysak asking him about Trump’s Twitter account. He checked the news and realized what happened.

Duysak’s inkling that Trump’s account cannot be taken down may be linked to Twitter’s announcement in June, which said that although the president’s messages may seem offensive to some, his account is insulated against deactivation because the tweets are “newsworthy.”

Trump discovered the disruptive power of social media on the campaign trail. He has used Twitter on a daily basis to communicate directly with his followers, bypassing mainstream media.

The last message Trump sent before his account was deactivated announced his nomination for the new chair of the Federal Reserve.

Today, it was my pleasure and great honor to announce my nomination of Jerome Powell to be the next Chairman of the @FederalReserve. pic.twitter.com/6aDuRy3zws

On the day after the deactivation, Twitter said that it will be conducting a full internal review and placing safeguards to prevent another incident. Duysak isn’t worried about the outcome of the investigation because he believes he did nothing wrong.

“I didn’t hack anyone. I didn’t do anything that I was not authorized to do,” he said. “I didn’t go to any site I was not supposed to go to. I didn’t break any rules.”

After the incident, the media went on a relentless crusade to uncover Duysak’s identity and contact him for an interview. Reporters contacted his school, jobs, family members, and friends. He broke the silence in part to move on from the incident and in part to clear up any confusion.

“I didn’t do any crime or anything evil, but I feel like Pablo Escobar,” he said, “and slowly it’s getting really annoying.”

Duysak confirmed that he was not being investigated by the FBI. Twitter reached out to him for more information but he did not respond.

Duysak said he won’t be getting another job in tech for a while.