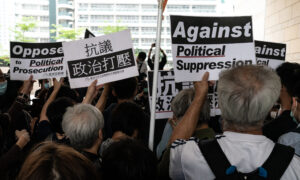 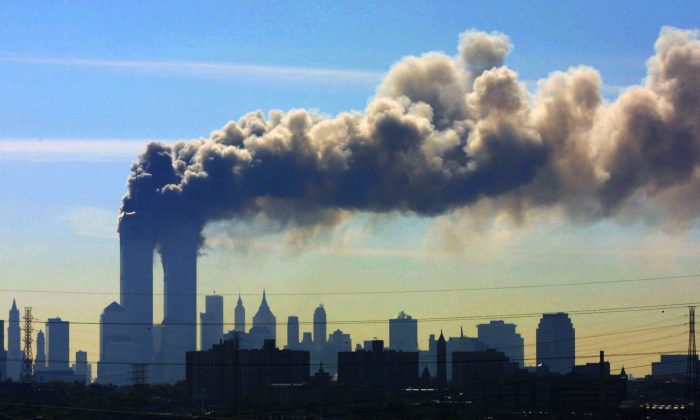 Smoke billows from the twin towers of the World Trade Center in New York on Sept. 11, 2001. Saudi Arabia and its allies are warning that legislation allowing the kingdom to be sued for the 9/11 attacks will have negative repercussions. (AP Photo/Gene Boyars)
US News

Man Linked to 9/11 Attacks on US Captured in Syria: Pentagon

WASHINGTON–A man linked to the Sept. 11, 2001, attacks on the United States, who was said to have praised “violent jihad,” was captured in Syria by U.S.-backed forces more than a month ago, the Pentagon said on Thursday.

“We can confirm that Mohammad Haydar Zammar, a Syrian-born German national, was captured more than a month ago by SDF (Syrian Democratic Forces) partners as part of their ongoing operations to defeat ISIS inside Syria,” Pentagon spokesman Eric Pahon said.

The Syrian Democratic Forces are an alliance of militias in northern and eastern Syria.

“We are working with our SDF partners to obtain additional details,” Pahon said.

The 9/11 Commission report, a Congressional account on the 2001 attacks, said Zammar was an “outspoken, flamboyant Islamist” who extolled “the virtues of violent jihad.”

It said Zammar reportedly had taken credit for influencing Ramzi Binalshibh, who is accused of wiring money to September 11 hijackers and passing information to al Qaeda operatives, and Mohammed Atta, who led the attack on the World Trade Center in New York City.

U.S. officials have said that there are hundreds of foreign fighters and thousands of Syrian ISIS terrorists in SDF custody.