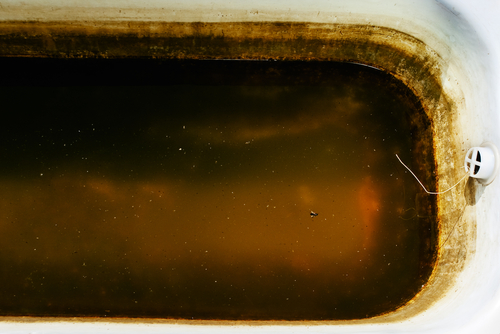 A file photo of a dirty bathtub. (Shutterstock*)
Middle East

Amou Haji, 80, has not bathed for 60 years. He likes to eat rotten meat, especially porcupine. Instead of tobacco, he fills his smoking pipe with animal feces. These are his choices; he has been offered alternatives.

Haji lives in Dejgah village in southern Iran, and his story was told by the Tehran Times earlier this month. The newspaper took a non-judgmental angle on the story—going so far as to say Haji’s lifestyle is desirable and he can perhaps show others how to live.

“For all I know he is luckier than many of us,” wrote the Tehran Times reporter, whose name is not given on the website. “His roof is the starred sky, his little shack is paid in full without worrying about monthly mortgages, his pillow and quilt is the soft cushion of the earth embracing him every time.”

Guinness World Records will not create a category for longest time without a bath, but it is widely assumed that the previous record holder was Kailash Singh in India. Singh has refused to bathe for 39 years.

A holy man once told him he would have a son if he didn’t bathe, according to the Daily Mail. Though he is in his 60s now, as is his wife—and it is thus unlikely he will be able to have children—Singh continues to hold out hope. The couple has daughters.

*Image of a dirty bathtub via Shutterstock