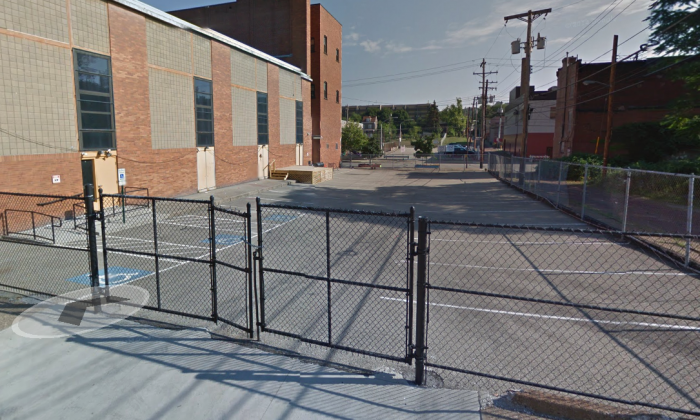 The body was found in the parking lot of the Community Empowerment Association. (Screenshot Via Google Maps).
US News

A man’s body was found under a van Tuesday morning, Dec. 12, in a Pittsburgh neighborhood, according to authorities.

The van was parked in the 7100 block of Kelly Street, Homewood. Authorities said the male victim was attempting to steal the wheels from the van when the vehicle “fell on top of him,” Pittsburgh Police said in a press release.

As of the time of this publication, the body had not yet been identified.

Employees at the Community Empowerment Association parking lot told CBS Pittsburgh that the fence is chained overnight. They said that the vans were used as transportation for kids attending after-school programs.

When staff arrived in the morning they discovered a hole cut into the chain link fence. They said that two rear tires from one of the vans were missing.

Staff believed the body belongs to a middle-aged white man, according to CBS.

Police: Man found dead under van that fell on him while trying to steal wheels https://t.co/4lA2H4S5qS pic.twitter.com/Lj5E6hHwF6

The Community Empowerment Association is unclear as to why their particular vans were targeted.

Margie Davis, the director of the association that owns the van, told ABC affiliate WTAE they were still recovering from the incident.

“It’s really hard for us to deal with this, that somebody from our community was that desperate to take the tires and now his life is gone,” she told WTAE.

Davis said the man could have asked their association if he needed help.

“It’s just a lot to think about, you know?” she told WTAE. “This person lost their life like that. There’s no one to help, so if he was suffering, he was just there in the cold all night.”

She told the network that one of their staff members saw the body and immediately called the police, after finding the body was unresponsive.

Investigators and the medical examiner are working to determine the man’s identity and the exact time of his death.