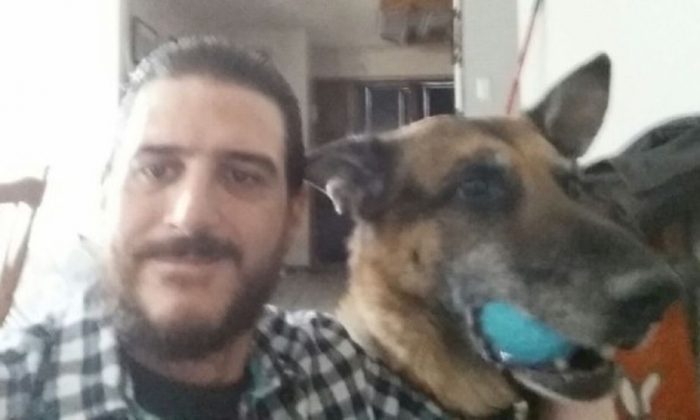 Man Finds Lost Dog While Looking for a New One

About 18 months after his German shepherd went missing, a Canadian man said he was finally able to accept that his dog was gone forever. The dog, Dozer, was stolen from his backyard, leaving him “devastated,” as his friends put it.

The owner, Richard Brower, randomly browsed the Claresholm Rescue Society website one day when he saw a photo of what appeared to be his dog. He typed in “German shepherds for sale,” CNN reported.

He immediately called his dad, who lived close to the shelter.

“My heart just kind of sank and I started shaking,” he said, reported the CBC. “I called Claresholm right away.”

When his dad got to the shelter, Dozer recognized him immediately and “started going nuts and wagging his tail,” Brower said. “The lady at Claresholm started crying, I started crying, and all the other people at the shelter were crying,” he said. “Yeah, It was quite the day.”

“One of the first things I taught [Dozer] was to snap my fingers, and then he’ll come around to my right side and wait for his second command,” Brower told the CBC. “So I asked dad to go in the cage. The lady was there, and I didn’t say what he would do, I just said, ‘Snap your fingers.'”

It’s unclear exactly what happened to Dozer in the year and a half he was gone. But Brower said that his dog has been “spoiled” ever since he got him back home.

According to the CBC:

“DG: Are you spoiling him now that he’s home?

RB: Oh absolutely, yeah. He was never allowed to sleep on the bed, but he’s been on the bed just about every single night since he’s been home.

He’s got lots of toys, gifts from everybody, so he’s got more stuff than he knows what to do with.

RB: He’s probably wondering why we’re not going for a walk. Usually when we get up, it’s the first thing he wants to do.”

“Now that he’s a celebrity, everyone wants to hug him,” Brower told CNN of Dozer, adding that finding him after such a long time is “the closest thing to a miracle in my life.”