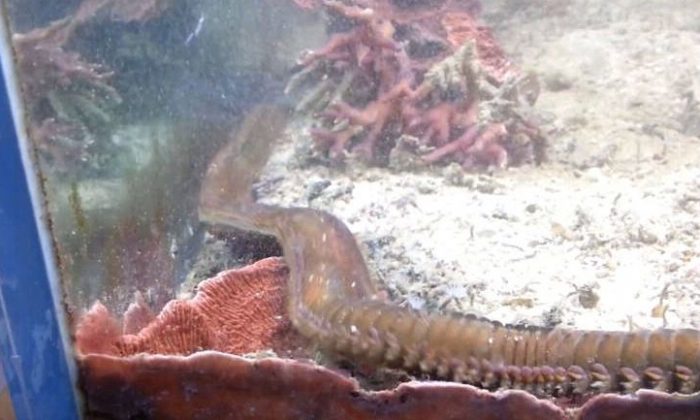 This thing is a bristle worm—or possibly a eunice worm

A man got a shock when he discovered a 3-foot-long bristle worm that went hiding in his fish tank for two years.

He said it was possibly a eunice worm (Eunice aphroditois), known as the Bobbit worm. It was uncovered when the man cleaned his tank.

The uploader later wrote: “I was breaking down the tank (as I was moving it), hence it looking shoddy.” He added that he only noticed the worm “because I had whole coral colonies missing after a single evening.”

Eunicids, found in warmer oceans across the world, can get to nearly 10 feet in length.