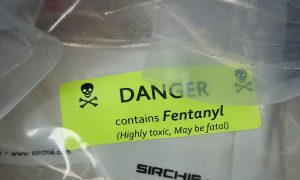 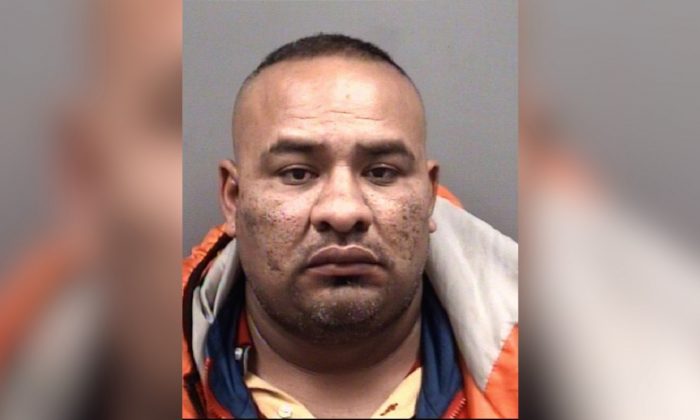 An illegal alien was arrested on March 12 and charged with trafficking drugs via the FedEx courier service in North Carolina.

“Avila-Munoz was charged with trafficking marijuana, possession of methamphetamine and maintaining a dwelling for keeping and selling controlled substances,” a report from the Rowan County Sheriff’s Office said. “Bond was set at $1,000,000. An immigration detainer was placed on Avila-Munoz.”

The California-sent FedEx package was allegedly addressed to the residence of Avila-Munoz, which was then delivered by authorities to his home, leading to the arrest.

Mexican-born Avila-Munoz is separately accused of living illegally in the United States for 25 years.

After Avila-Munoz received the illegal package, he allegedly placed it in his mobile home. He then left for a convenience store where he was stopped by the sheriff’s office.

Officials secured a search warrant for Avila-Munoz’s home that uncovered evidence of prior deliveries from California, as well as additional drugs worth about $60,000 and firearms. Because the suspect is an illegal alien, possession of firearms may result in federal charges, according to the report.

The suspect is awaiting trial and the investigation is continuing. If found guilty of trafficking drugs via FedEx, Avila-Munoz will be one of many more criminals convicted of exploiting American delivery services for illegal means.

Different ports of entry at the U.S.-Mexico border are hot targets for drug traffickers. However, drugs are sometimes pushed through the hands of law abiding citizens unknowingly in the United States. When The Epoch Times asked what FedEx has done to address the matter, a spokesperson said the company “does not tolerate the use of its network for illegal purposes.”

“Our security processes and procedures are effective and we cooperate with all levels of law enforcement in investigations of illegal shipments,” the company said in an email dated March 19.

For this week’s History Spotlight, we look at the “Gentleman Bandit,” who was hardly a gentleman. (1/2) #USPIS #History pic.twitter.com/n1bIE5UofK

“Because of its efforts, USPIS drug seizures have been on the rise since FY 2014, with over 40,000 pounds seized in FY 2017,” a report from the United States Postal Service said.

Drug Dealers and the Darknet

Some drug traffickers take advantage of the anonymity of the darknet or the deepweb: places on the internet that are commonly associated with illegal activity.

According to the USPS report, 104 drug product sites that identify the drug trafficker have been investigated. Ninety-two percent of those sites used USPS to distribute drugs, and 54 percent of them were based in America and distributing domestically.

Nationwide operations targeting darknet drug traffickers have been carried out by different departments of law enforcement. More than 35 dealers who sold illicit goods were arrested on June 26, 2018, according to the Department of Justice.

On @FoxNews, I discussed #SOTU, #taxreform & #jobs, & the recent bipartisan report on drug traffickers in #China shipping fentanyl into the U.S. through the #USPS: pic.twitter.com/sGHlahtMXr

The department said authorities would devote its resources to exposing the sale of drugs and other illicit items on the darknet.

“Postal inspectors and their law enforcement partners will spare no resource or expense to shine a light on the sale and distribution of illicit and dangerous items on the Darknet, that serve to destroy the lives of many through addiction and despair,” Department of Justice Inspector in Charge Rendina said.