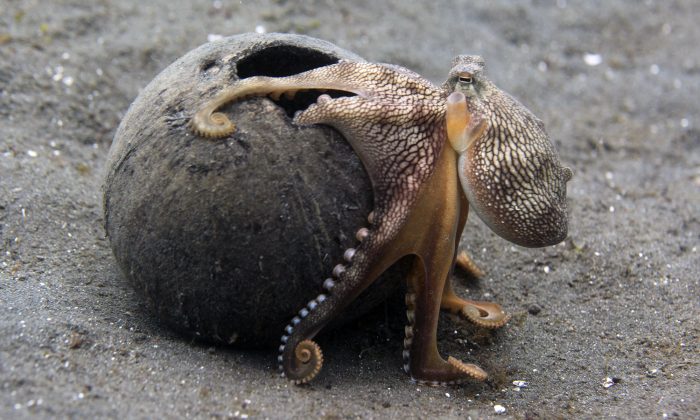 A YouTuber who apparently likes to fish in the Pacific Northwest made an unusual catch that was captured on video.

“Bryce hooked into a octopus which he originally thought was a snag. I was able to get some pretty sweet underwater shots while it was next to his kayak. The octopus was kept and enjoyed. It swallowed a pretty large hook so its survival was unlikely,” said the YouTuber.

The large mollusk was captured while he was on a kayak.

He added that the octopus “was not wasted,” and “its sacrifice was well respected among those that did eat it.”

The YouTuber then attempted to downplay any criticism about his catch.

“I’m not a biologist of any kind, but a simple search on the internet shows that octopuses are not a rare animal. In fact, there is evidence that suggests they are overpopulated in their range. They have a life-span of 3 to 5 years so I’m guessing because of its size that this one was nearing the end of that span,” he wrote. “ So, I would rather it be killed quickly and not wasted than it be set free to suffer and starve for the last year or so of its life with a six inch hook in its mouth.”

An eight-armed mollusk is placed into a plastic jar and the lid screwed on. The octopus then uses its arms and suction cups to remove the lid.

In 2014, as Scientific American noted, an octopus set “a record for jar opening.”<