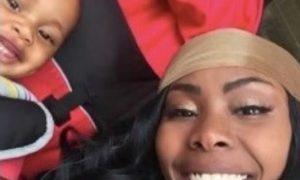 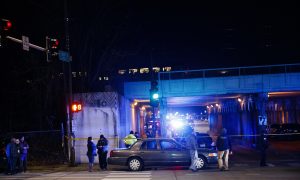 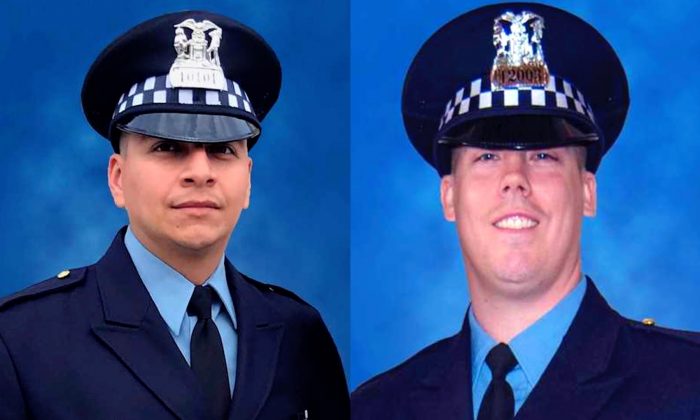 Chicago Police Officers Eduardo Marmolejo (R) and Conrad Gary (L), were fatally struck by a train as they investigated a report of gunshots on the city's far South Side in Chicago, on Dec. 17, 2018. (Chicago Police Department/AP)
US News

A 24-year-old Chicago man was charged with two felony weapons violations on Dec. 19, in connection with the deaths of two Chicago police officers who were hit and killed by a speeding commuter train earlier this week.

Officers Eduardo Marmolejo, 37, and Conrad Gary, 31, were investigating a report of gunfire near railroad tracks on the city’s Far South Side on Dec. 17, when they were hit by a southbound train going at least 60 mph, police said.

The two officers, assigned to the Chicago Police Department’s Calumet District, were on foot and on the tracks during rush-hour while pursuing a suspect along the Metra railway line when they were killed, police said.

Edward Brown of Chicago, who had been taken into custody earlier this week, was charged with reckless discharge of a firearm and aggravated unlawful use of a weapon, police said.

Brown was in custody at the Cook County Jail and a bond hearing is scheduled for Dec. 20.

It was unclear if Brown had an attorney.

Both Marmolejo, who had served in the department for two-and-a-half years, and Gary, who joined 18 months ago, were fathers of young children, police said.