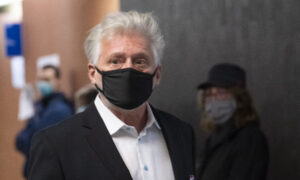 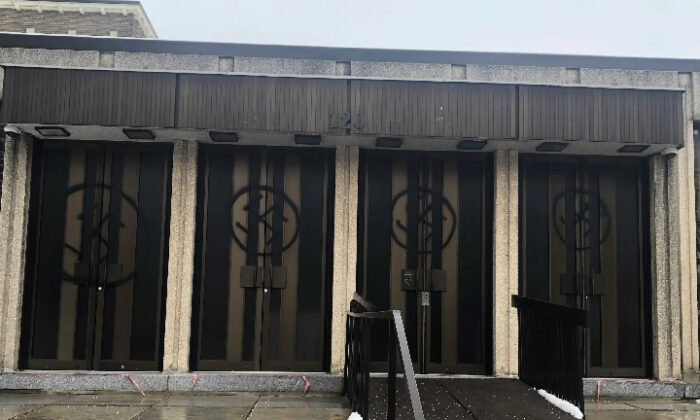 Swatstikas are shown spray painted on the doors of a synagogue in Westmount on Jan. 13, 2021. (The Canadian Press/Rabbi Adam Scheier HO)
Canada

The man was arrested after spray-painted swastikas were found on the doors of Shaar Hashomayim, one of the city’s largest synagogues.

Const. Raphael Bergeron says a request for psychological evaluation is expected for the suspect.

Rabbi Adam Scheier of Shaar Hashomayim told members in a letter that a security guard detained the man before he was arrested by police.

The synagogue says the suspect was carrying a gas canister when he was arrested.

The incident prompted widespread outrage, including from Prime Minister Justin Trudeau, who condemned the “vile act in the strongest terms possible.”

“We must always denounce anti-Semitic hate, no matter when or where it arises,” Trudeau wrote on Twitter Wednesday.

“An unacceptable anti-Semitic gesture, which must be denounced loud and clear,” Legault wrote Wednesday evening on Twitter.