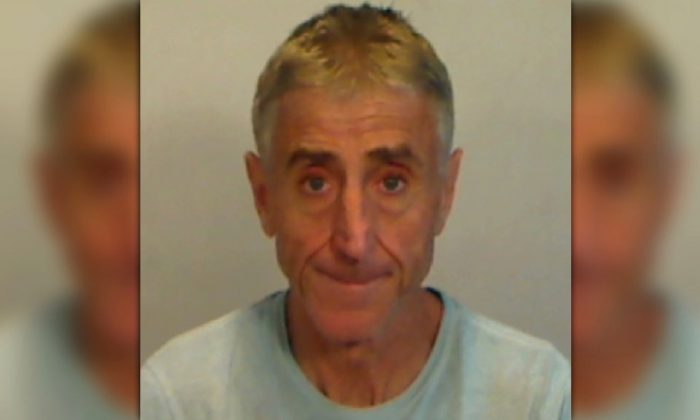 Andrew Lippi, 59, stands accused of stealing about $300 worth of household goods from a Kmart in Key West, Florida, between March 30 and April 4, 2019. (Monroe County Sheriff's Office)
US News

A Florida man has been arrested for shoplifting at Kmart just days after he bought a private island estate worth millions of dollars.

Andrew Lippi, 59, was accused of stealing about $300 worth of household goods from a Kmart in Key West, according to ABC News, citing police sources.

Key West Police Department officials cited in the report accused Lippi of buying a range of items between March 30 and April 4, swapping them out for cheaper versions and then returning the substitute goods for a refund.

Lippi recently made headlines when he bought Thompson Island, a private estate, for $8 million, according to WPLG.

Coffee Machine Replaced By a Basketball

Key West Police Department officials said that in one case Lippi bought a Hamilton Beach coffee maker for $55, which he then “replaced with a much older coffee maker” and returned for a refund.

In another case, Lippi is accused of buying a Keurig coffee machine for $150 and then returning for a full refund a box containing a basketball.

Police said Kmart employees noticed the box had a basketball inside instead of the coffee machine and contacted the loss prevention officer.

According to a police report cited by WPLG, Lippi denied stealing the items.

“Lippi stated he did not change out any items prior to returning them,” the arresting officer wrote in the report, according to WPLG. “I asked Lippi about the Keurig coffee machine being replaced by a basketball, and he stated the clerk should have realized there was no coffee machine by the weight of the box.”

“It’s very complicated and I’d rather not get into it,” Lippi told the Miami Herald in a phone interview. “I will say this, that the way it was handled by Key West police and the Monroe County Sheriff’s Department was wonderful. Some of the finest people I’ve ever dealt with who were kind throughout the whole process.”

Police arrested Lippi on April 6 on a felony charge of grand theft of $300 to under $5,000.   He is expected to make a court appearance on April 18, ABC reported.

The incident recalls reports of a Florida woman who was arrested after a deputy said she bought over $1,800 worth of electronics while paying only $3.70 at a Walmart self-checkout.

Cheyenne Amber West, a 25-year-old of Fort Pierce was arrested on Nov. 6, 2017, and was charged with felony grand theft and felony shoplifting, NBC affiliate WKYC reported.

West’s crime was uncovered after a loss prevention officer at the Walmart told a deputy he saw West and another woman select a computer, video game controllers, and other merchandise from the electronics department.

The women then covered the barcodes of the more expensive items from merchandise in the clearance department and took them to the self-checkout area. They paid a total of $3.70, which was $1,821 less than what should have been paid, according to an affidavit.

After West’s crime was discovered, she said she was only trying to get presents for her family.

“I am just trying to get gifts for my son that I cannot afford. The computer is for my husband. Since he just got me a Coach purse, I figured he deserved something nice, as well,” West told a deputy, according to the affidavit.