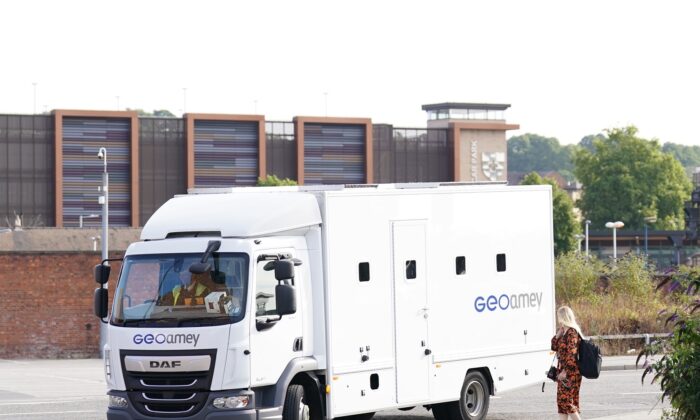 A Lithuanian national has been remanded in custody on a charge of murdering a 9-year-old girl who was stabbed to death while playing in the street with her younger sister in Boston, a market town in Lincolnshire in the east of England.

Deividas Skebas, 22, was arrested on Saturday and charged with the murder of Lilia Valutyte, who was stabbed to death on July 28. She was also of Lithuanian origin but it is not clear if they were known to each other.

Boston is home to thousands of Lithuanians, many of whom originally moved to the town to work on farms in the surrounding countryside or in the food processing industry.

Skebas appeared at Lincoln Magistrates’ Court on Monday and confirmed his name, address, and date of birth during a two-minute hearing. He was not asked to enter a plea.

District Judge Peter Veits told Skebas, “The offence you are facing is the most serious offence anyone can face in court.”

Later Skebas appeared at Lincoln Crown Court, where Judge Simon Hirst told him: “You will be next before the court on Sept. 19. I hope on that date I can give you a trial date, that is to say a date when your trial can take place.”

Lilia was stabbed in Fountain Lane, Boston, at 6:20 p.m. on July 28 and her parents are being supported by specially trained family liaison officers.

Skebas was detained after CCTV images were released by police of a man they wished to trace, who was seen in the Wormgate and Fountain Lane areas shortly before Lilia was killed.

Two other people who were arrested earlier this week have been released with no further action.

Lilia was playing with a hula-hoop and a toy pram with her younger sister close to an office where her mother was working.

Boston in Lincolnshire was the original home of the Puritan settlers of New England and they decided to call their new city—Boston, Massachusetts—after their old home town.