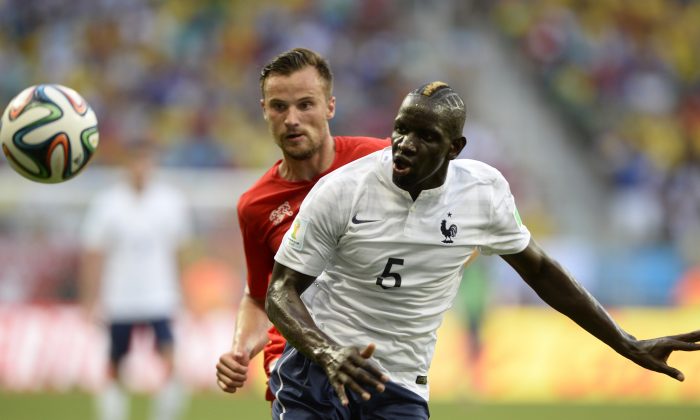 France defender Mamadou Sakho was injured in France’s match against Switzerland on Friday.

He was replaced by Laurent Koscielny in the 66th minute.

It is uncertain to what extent Sakho is injured.

Here is an earlier slide tackle Sakho made.

Check out an Associated Press article of Friday’s matches.