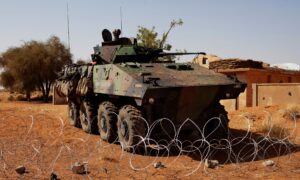 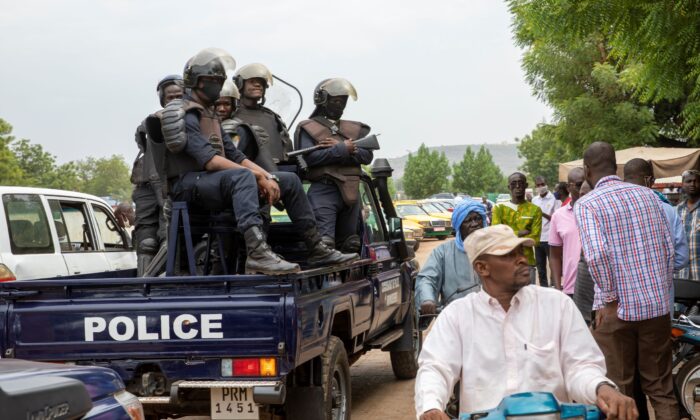 Malian police gather outside the Bourse du Travail where striking workers gathered to protest the arrest of President Bah N'Daw and Prime Minister Moctar Ouane by military personnel in Bamako, Mali, on May 25, 2021. (AP Photo)
Africa

BAMAKO, Mali—Mali’s former coup leader Assimi Goita took control of the country again Tuesday after firing the president and prime minister of the transitional government after they announced a cabinet reshuffle without his permission.

While Goita pledged to go ahead with holding new elections in 2022 as promised, his display of force casts doubt on whether the vote will go ahead without significant interference by the junta that overthrew the last democratically elected president.

The move came a day after President Bah N’Daw and Prime Minister Moctar Ouane were arrested by soldiers and brought to the military headquarters in Kati, about 15 kilometers (9 miles) outside the capital. Both men remained in detention Tuesday.

Their arrests prompted an outcry by the international community, which put out a strongly worded joint statement warning Mali’s military leaders that their actions could undermine global support for the transitional government.