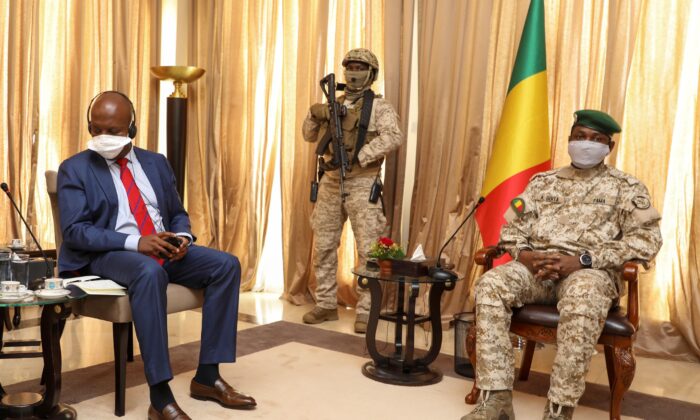 BAMAKO, Mali—Mali’s transitional government has ordered an envoy of the 15-nation West African regional bloc to leave the country within 72 hours because of actions “incompatible with his status.”

The Economic Community of West African States, known as ECOWAS, is pressing Mali’s transitional leader Col. Assimi Goita, who seized power in a coup in August 2020, to respect his pledge to hold presidential and legislative elections in February 2022. The group threatens sanctions against Mali if elections are not held by that date.

Goita’s government on Monday declared the ECOWAS special representative, Hamidou Boly, “persona non grata” and ordered him to leave the country, according to a statement issued by the Ministry of Foreign Affairs.

The statement said that while Boly has been ordered to leave Mali, the government is still open to dialogue with ECOWAS, which has condemned the 2020 coup and is encouraging the country to return to democratic, civilian rule.

Mali’s government has not clearly explained the reasons for its decision against Boly, which comes a day after the United Nations Security Council mission visited Mali and also pressed for February 2022 elections.

In recent months, Malian Prime Minister Choguel Maiga has said before the government can plan the elections, it is necessary to hold a national conference in December in which various civil and political groups can agree on a date for elections.