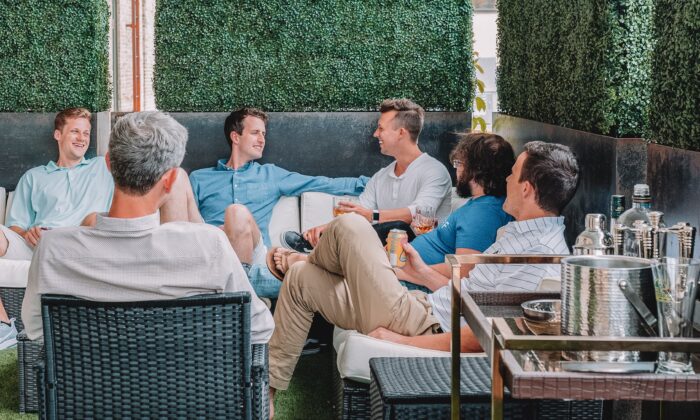 Fostering more accessible environments for men and boys is crucial in driving down male suicides, according to a national suicide prevention charity.

The call comes as Australia celebrates International Men’s Health Week, which encourages men and boys to take action on their health and wellbeing.

It follows the Australian Institute of Health and Welfare’s monthly suicide data report for April, which revealed an increase in the number of suspected deaths by suicide in the first quarter of 2022 in New South Wales, with men making up the majority.

In response to men’s high suicide rate, Parents Beyond Breakup (PBB) on Wednesday called for increased public awareness in building more inviting and accessible environments for men, saying it is a “critical factor in stemming the tide of male suicide.”

The charity, which was set up to support separating parents experiencing trauma through family breakdown, said that more male-friendly places for socialising and support are needed to support men and fathers. It said that currently, 95 percent of support services are either designed to accommodate women or both genders in a female-centric way, while very few services tailored to men are available.

PBB also noted that the current media narrative, which usually portrays negative male stereotypes, has left many men feeling that their voices are being suppressed.

Alan Valjia, a founding member of Dads in Distress, a hotline support service for fathers going through family breakdowns, told The Epoch Times that the current marginalisation of masculinity is detrimental to men’s mental health.

“Manhood has been under attack for a long time,” he said.

“Many boys haven’t got a good example of masculinity because masculinity is now considered toxic. They’re going to be shame based on who they are.”

Suicide Prevention Australia in January suggested that a person-centred support system that effectively engages with men concerning their mental health and wellbeing is necessary in reducing male suicides.

“It’s important we adopt a situational approach, so we reach men where they are, like their places of work or sporting clubs,” said Nieves Murray, CEO of Suicide Prevention Australia.

“While medical interventions play a critical role in suicide prevention, relying solely on the medical system to catch those who fall through the cracks is clearly not working, as men are less likely than women to consult their GP or use mental health services when experiencing mental ill-health.”