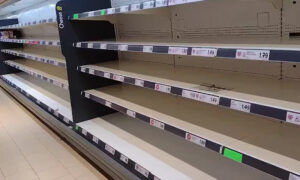 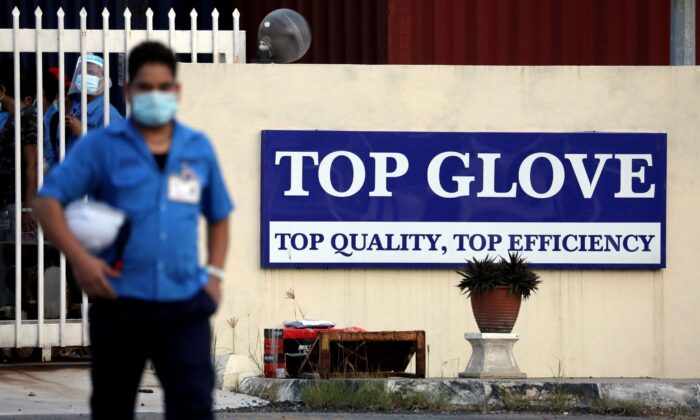 A worker leaves a Top Glove factory after his shift in Klang, Malaysia on Dec. 7, 2020. (Lim Huey Teng/Reuters)
Companies

KUALA LUMPUR—Malaysia’s Top Glove Corp. said on Friday it has been allowed to resume sales to the United States, after customs authorities lifted a year-long ban imposed for alleged forced labour found at the world’s largest medical glove maker.

The U.S. Customs and Border Protection (CBP) had banned gloves made by Top Glove in July 2020, saying it had found abuses of migrant workers.

In its latest statement, Top Glove said its disposable gloves would be admissible at all U.S. ports as of Sept. 10.

Its shares, which have plunged about 40 percent since the ban, jumped as much as 10 percent on Friday.

The company cited a CBP notice filed to the U.S. Federal Register, saying the customs agency had determined upon additional information that Top Glove’s products were no longer being produced by forced labour.

The notice is available on the Federal Register website. The CBP was not available for comment outside U.S. business hours.

Top Glove has taken a hit to reputation and business from the ban, which came at a time when it was making record profits as the COVID-19 pandemic boosted demand for its gloves.

Its glove production in Malaysia has dropped and a plan for a $1 billion Hong Kong listing has been delayed since the ban.

The North American market accounts for 22 percent of Top Glove’s total sales volume, according to most recent data.

The CBP had prohibited imports of Top Glove products citing evidence of forced labour practices at the company, including debt bondage, excessive overtime, abusive working and living conditions, and retention of identity documents.

While Top Glove said in April it had resolved all forced labour indicators, U.S. Customs had two of the company’s shipments seized in May said.

Rights activist Andy Hall, who had urged the CBP to investigate Top Glove, said he welcomed the decision to lift the ban “in light of the considerable improvements in foreign workers living and working conditions” at Top Glove.

Top Glove has upgraded hostel facilities for its migrant workers, who account for a majority of its factory workforce, and promised to compensate them for the fee they paid to employment agents in their home countries.

Rivals Hartalega Holdings and Kossan Rubber have also since said they would pay back the fees.

Two other Malaysian firms have also been hit with U.S. bans in the last year—Sime Darby Plantation and FGV Holdings. The palm oil producers have both appointed auditors to evaluate their practices and said they would engage with CBP to address the concerns raised.

By A. Ananthalakshmi and Rozanna Latiff