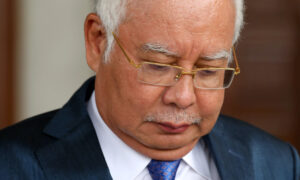 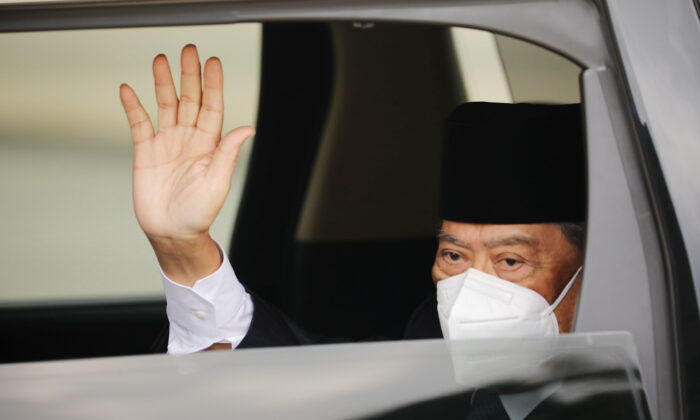 KUALA LUMPUR, Malaysia—Malaysian Prime Minister Muhyiddin Yassin has tendered his resignation to the country’s king, but will stay on as interim premier, the palace said on Aug. 16, after months of political turmoil culminated in the loss of his majority.

Muhyiddin’s hand had been weakened by months of infighting in his coalition and it’s unclear if his resignation will ease Malaysia’s political crisis after a tumultuous 17 months in office for the prime minister.

The palace said an election wasn’t the best option and King Al-Sultan Abdullah was happy for Muhyiddin to stay on as caretaker.

“The king has received the resignation letter of Muhyiddin Yassin and the entire cabinet effective immediately,” it said in a statement on Facebook.

Later, in a nationally televised speech, Muhyiddin said he submitted his resignation to the king because he had lost the confidence of a majority of lawmakers, noting that he hoped a new government would be formed as soon as possible.

The power struggle in the ruling coalition unfolded at a time when Muhyiddin had sought to reboot a pandemic-stricken economy and curb a resurgence in COVID-19 cases.

The ringgit currency had earlier fallen to a one-year low, and the stock market had slipped.

Muhyiddin stays on in a role for which there was no other clear candidate in the absence of any political party with a clear majority in Parliament.

The king said it wasn’t suitable to hold elections during a pandemic.

The decision was thrust into the hands of the king, who can appoint a prime minister from among elected lawmakers on the basis of who he believes is most likely to command a majority.

Muhyiddin’s grip on power has been precarious since he took office in March 2020 with a slim majority.

Pressure mounted on him recently, after some lawmakers of the United Malays National Organization (UMNO) party, the largest bloc in the ruling alliance, withdrew their support.

Muhyiddin said the recent crisis was brought on by his refusal of demands such as dropping graft charges against some individuals.

UMNO politicians faced with corruption charges include former Premier Najib Razak and UMNO Party President Ahmad Zahid Hamidi. They’ve denied wrongdoing and were among those who withdrew support for Muhyiddin this month.

By A. Ananthalakshmi and Mei Mei Chu