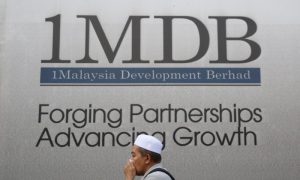 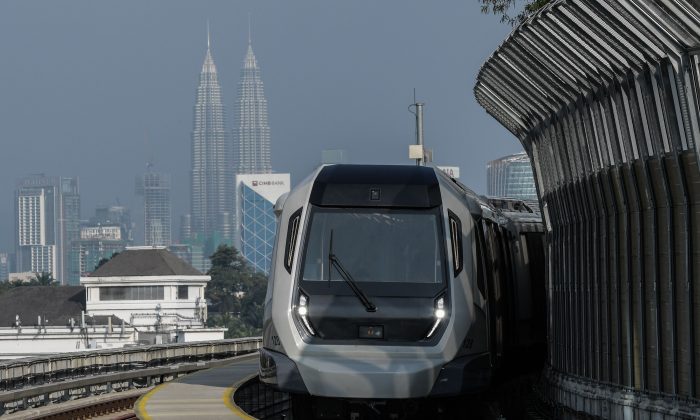 Mohamed Azmin Ali said at a media event that the project’s cost was too great, while also giving an assurance that Malaysia would welcome investment from China on a case by case basis.

“The cabinet has made this decision because the cost to develop the ECRL is too big and we don’t have (the) financial capacity,” said Azmin.

The government was still determining how much to pay CCCC for the project cancellation fee, he said.

The interest on the project alone amounted to half a billion ringgit ($120 million) a year.

“We cannot afford to bear this, so this project needs to be terminated without affecting our good relationship with China.”

Malaysian Prime Minister Mahathir Mohamad said last August that the rail project would be canceled “for now,” but the government has since said it was in negotiations with CCCC on the rail line’s future.

He also announced in August the cancellation of another China-backed project, a natural gas pipeline in the East Malaysia state of Sabah.

CCCC did not immediately respond to a request for comment from Reuters by phone and text message.

Since coming into power last May, Mahathir has repeatedly vowed to renegotiate or cancel what he calls “unfair” Chinese infrastructure deals authorized by his predecessor Najib Razak, whose near-decade long rule ended in electoral defeat amid a massive financial scandal.

The ECRL project was the centerpiece of China‘s infrastructure push in Malaysia but work had been suspended pending discussions over pricing and graft accusations.

Malaysia’s finance minister said last year that the cost of the ECRL project had been inflated, according to local financial newspaper The Edge.

The ECRL project is one of the biggest China has signed under its signature One Belt, One Road initiative, as well as one of state-owned contractor CCCC’s largest railway projects.

In November, the U.S. China Economic and Security Review Commission issued a report ranking the ECRL as the second-largest One Belt, One Road project by estimated cost, behind the $21.4 billion Moscow-Kazan high-speed railway project in Russia.