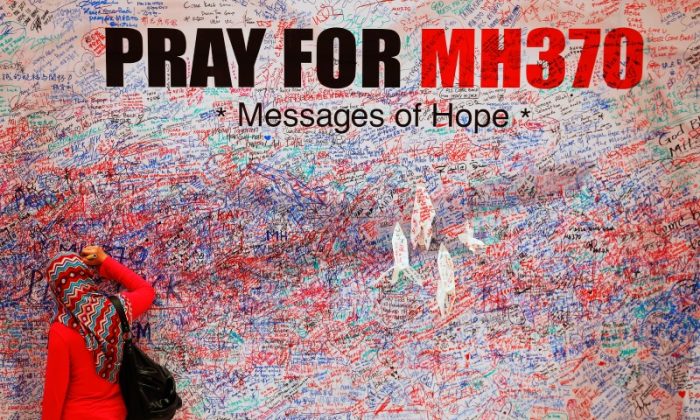 A woman leaves a message of support and hope for the passengers of the missing Malaysia Airlines MH370 in central Kuala Lumpur March 16, 2014. (REUTERS/Damir Sagolj/File Photo)
International

Malaysia said on Tuesday it has received proposals from three companies offering to continue the search for Malaysian Airlines flight MH370, which has been missing since 2014, but no decision has been made yet.

MH370 vanished three years ago somewhere in the southern Indian Ocean en route to Beijing from Kuala Lumpur with 239 people aboard. Its disappearance has become one of the world’s greatest aviation mysteries.

“We wont be deciding anything now on whether we are embarking on a new search or not,” Liow told reporters on the sidelines of an event in Kuala Lumpur.

“We have to discuss with the companies. It will take some time as it’s some detailed discussions,” he said.

Liow was commenting on media reports from Australia that said Malaysia could resume the search as early as this week.

Australia, Malaysia and China called off a A$200 million ($159.16 million), two-year search for the plane in January, amid protests from families of those onboard.

Liow said the proposals would eventually be presented to the other countries in the tripartite committee – China and Australia – before a decision was taken.

Representatives for Ocean Infinity have said the company would only want to be paid if the aircraft was found.

The Boeing 777 aircraft disappeared on March 8, 2014, and is thought to have been diverted thousands of miles off course out over the southern Indian Ocean before crashing off the coast of Western Australia.