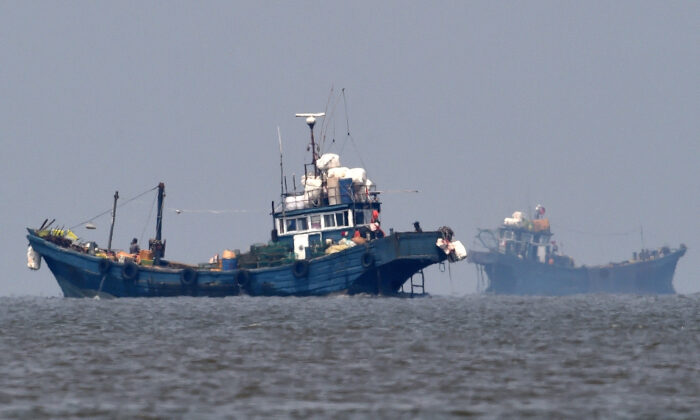 Malaysia reported 89 intrusions by Chinese coastguard and navy ships between 2016 and 2019, amid escalating tensions between the United States and China over Beijing’s claims to most of the resource-rich South China Sea, which is also a major trade route.

The Malaysian Maritime Enforcement Agency (MMEA) said the fishing vessels and crew were detained in an operation off the coast of the southern state of Johor on Friday.

“Further checks found that all the vessels registered in Qinhuangdao, China, were manned by six captains and 54 crew who are Chinese nationals aged between 31 and 60 years,” MMEA regional director Mohd Zulfadli Nayan said in a statement.

The MMEA said the vessels, which had no cargo when detained, were believed to have been en route to Mauritania but had to stop due to some malfunction.

Earlier this year, a Chinese research ship spent a month surveying in Malaysia’s exclusive economic zone, amid a standoff with a Malaysian oil exploration vessel near disputed waters.