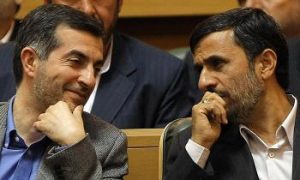 Fong, a former human resources minister, said that in order to counter the brain drain, the government should drop its current cold-war mentality on immigration policies that impose strict rules for working permits, permanent residence (PR) status, and citizenship.

“Working permits for expatriates should be quickly approved for applications from employers for bringing in the expertise that they need to run their businesses or factories. PR status should be accorded to the top experts that we want to recruit,” said Fong.

Another major factor contributing to the flight of Malaysia’s human capital, according to Fong, is the country’s gender-biased permanent residence policy. Under Malaysian law, a child born overseas to a Malaysian mother but non-Malaysian father is not entitled to citizenship or even permanent resident status.

Deputy Foreign Minister Sen. A. Kohilan Pillay, says that over 304,000 Malaysians migrated to other countries between March 2008 and August 2009. Most of those, around 40 percent, have settled in Singapore.

The latest World Bank figures indicate that between 1990 and 2000, the number of Malaysians with tertiary education residing in Organization for Economic Co-operation and Development (OECD) countries went up by over 40 percent. These post-secondary graduates make up over 77 percent of all Malaysians (102,000) living in OECD countries.

Researchers, scientists, and engineers of Malaysian origin working overseas exceeds 20,000 people. Roughly 40 percent of these professionals are in the United States and 10 percent are in Australia, according to a 2010 report by Cecilia Kok and Tee Lin Say.

Dr. Toh Kin Woon, a former state executive councilor in Penang and also the head of economy department of Huazong’s 20-year plan, says Malaysians are leaving the country because of a sense of hopelessness, race-based policies, and a desire to seek better education for their children overseas.

Toh says this out-migration is a major drain on Malaysia’s productive capacity, eroding the country’s competitiveness, and productivity.

Toh explained at the forum what he sees as one of the top reasons for brain drain in Malaysia.
“There has been sustained decline in education quality in Malaysia and study at the local university level now is not the first choice for many, contributing as one of the major reasons for out-migration in Malaysia,” said Toh.

“Racism is institutionalized, rather than meritocracy—excellence being the important criteria in terms of allocation of resources and promotions.” Where you have feelings that race rather than merit determines success, said Toh, then qualified, educated, Malaysians may choose to leave.

Dr. Toh made a series of proposals to stop talent from draining out of Malaysia. These include recruiting and promoting based on merit and excellence, rather than race-based affirmative action; Malaysian experts working abroad in science and technology should be appointed to appropriate senior government positions; PR status and even citizenship should be generously extended to non-Malaysian spouses; employer applications for foreign skilled workers should quickly approved; and appropriate positions must be found for all public service scholarship holders.