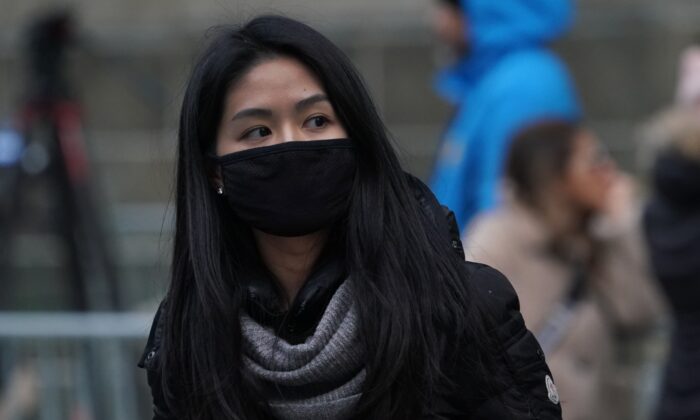 A woman wears a protective mask near the Chinatown section of New York City on Jan. 23, 2020, amid a growing number of cases worldwide of the Wuhan coronavirus. (Timothy A. Clary/AFP via Getty Images)
Asia & Pacific

The newly identified virus can cause pneumonia, which has been deadly in some cases. It is still unclear how dangerous it is and how easily it spreads between people.

Health Ministry Director-General Noor Hisham Abdullah said the latest case was a 40-year-old man from Wuhan, China, who was part of a tour group that traveled by bus to the southern state of Johor from Singapore on Wednesday.

The man had suffered from fever the next day and sought treatment at a hospital in Johor. Tests by Malaysia’s Crisis Preparedness and Response Centre confirmed he was suffering from the coronavirus, Noor Hisham said.

“He is currently experiencing fever and cough, but his condition is stable,” Noor Hisham said in a statement.

The three were related to a 66-year-old man confirmed by Singapore to have tested positive for the virus.

The infected individuals were a 65-year-old woman, who is the wife of the man with the virus in Singapore, and their two grandsons, aged 11 and 2, Dzulkefly said.

The three have been admitted to hospital in Kuala Lumpur and were in stable conditions, the minister told a news conference.

Malaysia Airports said it had heightened screening of passengers and crew arriving from China at gateway airports across the country to minimize the potential spread of the virus.