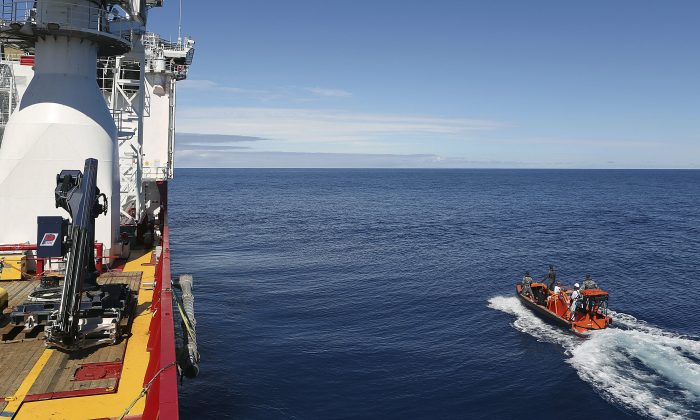 A Russian newspaper is saying that Malaysia Airlines Flight MH 370 is in Kandahar Province, located in Pakistan near the Afghanistan border, but it offers anonymous, dubious sources.

The Moskovsky Komsomolets paper says “an anonymous source in the intelligence agencies” in Russia said that the missing plane’s “pilots are not guilty.”

“Flight MH 370 Malaysia Airlines missing on March 8th with 239 passengers was hijacked. Pilots are not guilty, the plane was hijacked by unknown terrorists. We know that the name of the terrorist who gave instructions to pilots is ‘Hitch’. The plane is in Afghanistan not far from Kandahar near the border with Pakistan,” claims the newspaper–which has a circulation of about 1.1 million.

It added: “Plane is on the road near the mountain range, he has a broken wing. Maybe he made a hard landing. All passengers survived, they live in shacks almost without food.”

The sources or the “intelligence agencies” in the article were not named.

It then said that “experts” on the plane were taken into a bunker in Pakistan. “Twenty Asian specialists were captured. There is one japanese among them,” it said, possibly referring to employees with the Freescale Semiconductor firm.

However, the newspaper’s claims have not been echoed in mainstream media outlets in the United States or around the world.

Malaysian authorities have said that the plane disappeared in the Indian Ocean, and there’s a massive search team looking for debris or signs of the aircraft.

The Independent newspaper on March 16–about a week after the plane went missing–explored rumors that the plane flew into an “area controlled by [the] Taliban.”

“The missing Malaysian airlines flight MH370 may have been deliberately flown under the radar to Taliban-controlled bases on the border of Afghanistan, it has emerged, as authorities said that the final message sent from the cockpit came after one of the jet’s communications systems had already been switched off,” the Independent wrote.

But this was days before Malaysian officials concluded that the plane went missing somewhere in the Indian Ocean.

Australian officials are leading the search far off the coast of Perth, located in Western Australia.