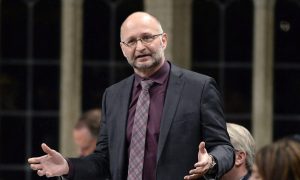 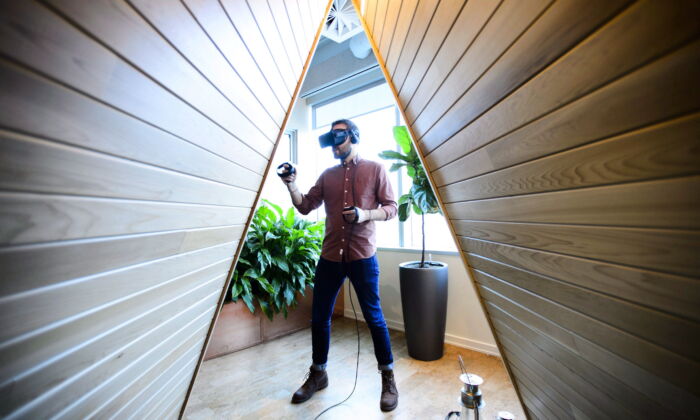 Making Canada a Destination, Not a Hunting Ground, for Innovation

Canada has a thriving innovation ecosystem but one with many smaller companies that are heavily dependent on foreign buyers to help them flourish and maximize the value of their intellectual property (IP), business analysts say.

“We don’t have enough Canadian buyers interested in our own technology,” said Barry McKenna, author of two reports on Canadian IP published in June by the Innovation Economy Council (IEC).

McKenna was speaking in a video shown at an IEC roundtable of business experts and entrepreneurs discussing IP in Canada on June 3. The IEC is a coalition of tech-sector leaders aiming to shape Canada’s industrial innovation policy.

“Also we don’t have the companies that are at the top of the chain in particular industries … so that when a young company starts to grow and they look for a partner, the partner isn’t down the street, it’s … very often in the United States,” McKenna added.

Canada should be a destination for innovation to grow and scale up, not just a source of companies attractive to foreign buyers, he wrote in the IEC report titled “Beyond Patents: Canada’s Intellectual Property Puzzle.”

Compared with other countries, Canada has always struggled with scaling up companies, and one of the main challenges is a lack of latter-stage capital, says Krista Jones, who mentors high-growth startups as VP of venture services at the MaRS Discovery District innovation hub in Toronto.

Another challenge relates to recruitment of tech talent. “We also need to become a destination for product people—people who know how to build category-leading products—and to be able to anchor companies with that capability,” she said.

There is a positive side to foreign takeovers, as companies that find the right buyer can innovate more, hire more, and commercialize more, McKenna said.

George Tsintzouras, CEO and co-founder of Alert Labs, sold his company to an American buyer but retained a separate entity in Canada. His company in the Waterloo region makes smart building sensors to help customers better manage water and energy.

“Being part of a large U.S. company in this case opened up huge markets and opportunities for us, and I think that’s something I don’t think we talk enough about,” he said at the roundtable.

Experts interviewed by the IEC are generally not in favour of restricting takeovers or patent sales to prevent foreigners from acquiring Canadian IP.

“A free and open M&A [mergers and acquisitions] market is widely seen as essential to creating a vibrant technology ecosystem,” McKenna wrote in another report for the IEC, titled “Ideas for Sale: Why IP is a Symptom, Not a Cause, of Canada’s Failure to Scale.”

But as the so-called currency of the knowledge economy, IP does present a thorny issue where care must be taken to avoid having Canada’s relatively open economy being exploited by foreign countries or companies. On this issue, McKenna provided a telling example of how an acquisition may not be in Canada’s best interest—and where restrictions are needed.

“We’ve seen cases of concerns about Chinese companies pouring money into research at Canadian universities, and then basically taking whatever innovation comes out of that back to China,” he said in the video, noting that “you draw the lines around things that have national security implications.”

A key takeaway from the roundtable was that it’s not about how much IP a company has that influences its success, but what it does with that IP.

“I think it’s more important really that companies, rather than the country, have good IP policies, because companies that know what they have in terms of technology that is special and unique and know what to do with it … are the ones that ultimately are going to be successful,” McKenna said in the video.

The “Beyond Patents” report noted that Canada’s most successful tech company, Shopify, has fewer than 10 patents.

The budget a company has for its IP strategy also matters. As larger companies acquire smaller ones and gain control of more IP, they build up a stronger core of IP that will bode well for their long-term prosperity, said David Asgeirsson, manager of research partnerships and IP at Xanadu Quantum Technologies Inc.

Patents, a key part of most IP strategies, add value that could prove useful in a future merger or legal dispute, and they show investors and partners that a company knows what it’s doing and has invented something novel, according to the “Ideas for Sale” report.

But a key weakness of companies is failing to identify and handle sensitive information, according to international law firm Norton Rose Fulbright in the “Beyond Patents” report.

Canada ranks poorly among its peers in patents filed and has lost plenty of IP through takeovers, but the “Ideas for Sale” report suggests that the IP loss is, in some ways, a sign of a healthy ecosystem that’s producing good ideas, talented people, and attracting foreign buyers.

It says there’s little evidence of a hollowing out of Canada’s startup sector since just one of the 400 Canadian venture capital-backed startups involved in buyouts since 2017 has failed.

Still, Jones hopes Canada turns the tide of the flow of IP.

“Acquisitions are not bad. … That’s the natural place for certain IP to end up, combined together as part of large multinationals. What’s bad is that Canada isn’t the destination,” she said.

The government is active in Canada’s venture capital space, and BDC Capital, the investment arm of the Business Development Bank of Canada (BDC), on June 8 announced the launch of a $300 million fund to support late-stage growth companies.