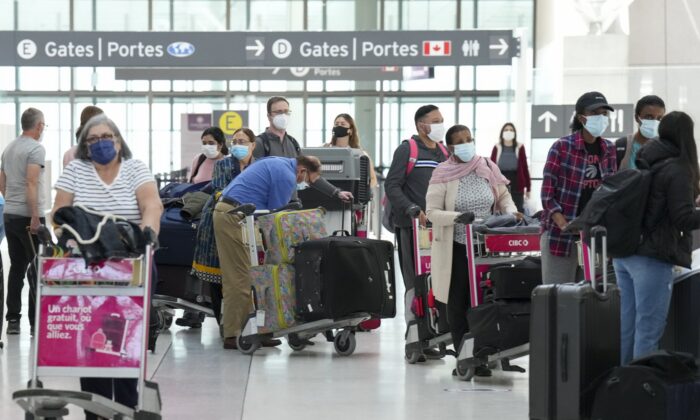 58 percent of Canadians avoiding airports due to delays, survey shows
By Omid Ghoreishi

Close to 60 percent of Canadians appear to be avoiding airports, with some cancelling or postponing travel plans, due to the current situation causing long delays and flight cancellations, a new poll shows.

The survey also shows that a majority of Canadians believe basic services such as airports have been neglected while governments have been focusing on the wrong issues.

“Canadians agree (26% strongly/44% somewhat) that the situation at Canadian airports is an embarrassment to Canada,” says the survey, conducted online by Ipsos on behalf of Global News.

“Only 43% agree … that Canada is doing a better job than most other countries in dealing with airport travel issues, leaving a majority (57%) disagreeing … that Canada is outperforming peers.”

The survey adds that only 37 percent of respondents agree the federal government is doing enough to address flight delays and cancellations at airports, while around 35 percent say the same about airlines.

“Some are worried that this is just the tip of the iceberg and yet another example of how things appear to be breaking down in our post-COVID environment,” the survey adds, saying 66 percent of Canadians say they’re worried that the travel issue “is just the start of a bunch of problems with the delivery of basic public services.”

“[Sixty-seven percent agree] that basic services like making sure our airports work have been neglected by our governments which have been focused on the wrong issues for too long.”

After repeated requests by the Official Opposition and industry groups, the federal government dropped some of the COVID-19 measures at airports which were blamed for causing additional burdens and delays, including requiring showing proof of vaccination for domestic flights. The government also earlier paused random COVID-19 testing at airports, but the measure will resume on July 19.