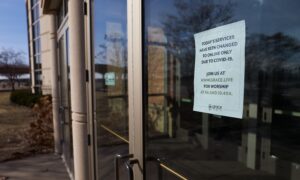 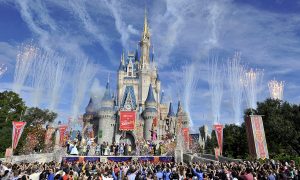 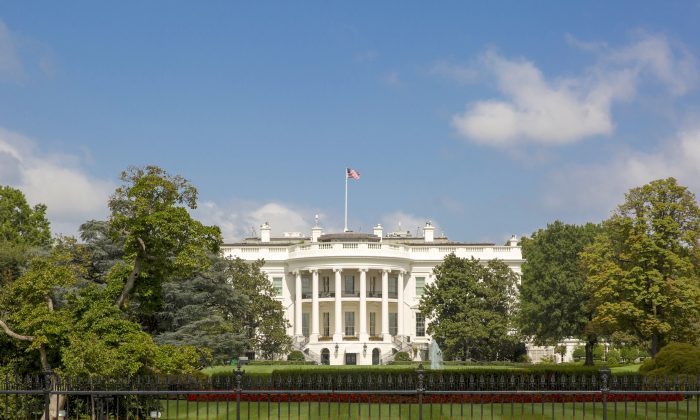 A new Gallup poll that asked how nine leaders and institutions responded to the pandemic in the United States found eight of the nine received positive ratings—except for news media which garnered a negative review.

The way hospitals handled the CCP virus, also known as the novel coronavirus, received the highest approval rating with 88 percent. A majority of Americans also approved of how schools, day cares, the State Department and health agencies responded to the pandemic—all garnering over 80 percent approval.

The poll, which surveyed 536 employed adults, also found 60 percent of Americans approved of how President Donald Trump handed the pandemic. It used data from March 13 to 22 and asked the question: “Do you approve or disapprove of the way each of the following [leaders or institutions] is handling the response to the coronavirus in the U.S.?”

Gallup concluded that overall, Americans are “largely approving of how U.S. institutions and leaders are responding to the coronavirus situation.”

The second lowest rated institution was Congress, which gained a 59 percent approval and a 37 percent disapproval rating.

When looking deeper into the data, Gallup found that Republicans gave greater approval ratings than Democrats on most of the institutions and leaders listed—except for news media.

“Only on the news media’s handling of the coronavirus are Democrats more approving than Republicans—61% vs. 25%, respectively,” the polling company stated. “Gallup has consistently found that Democrats have more confidence than Republicans in mass media.”

U.S. officials and federal agencies meanwhile, have in recent weeks ramped up efforts to counter an aggressive disinformation campaign executed by the Chinese Communist party (CCP).

Federal agencies are setting up new websites that separate fact from fiction in a bid to counter disinformation spreading in the United States while U.S. government officials and spokespersons are becoming more vocal—in some cases responding directly to Beijing officials and debunking their propaganda in real time.

Countless articles and op-eds—often peddling false conspiracy theories about the CCP virus or shifting the blame onto the United States—are being posted through Facebook and Twitter by China’s state-run media accounts. At the same time, a considerable number of Chinese diplomats are actively pushing state-sanctioned narratives on their own social media accounts.

In recent days, state-run media outlets have been pushing the hashtags “Trump Pandemic” and “Trump Virus” on social media—and some in the United States are following along.

Bonnie Glaser, a former consultant for the departments of Defense and State, said Beijing seeks to protect the portrayal of its country internationally, as well as internally. She noted that there already several legal cases that Americans are filing against China, including The Berman Law Group, which recently filed a federal class-action lawsuit against the Chinese regime for causing the pandemic.

“It will harm China’s global image if Beijing is blamed for mismanaging the epidemic early on and allowing it to affect the rest of the world,” Glaser told The Epoch Times previously. Glaser is a senior adviser for Asia and director of the China Power Project at the Center for Strategic and International Studies.

“China seeks to be seen as a responsible global player that can contribute effectively to addressing global problems,” she said. “By demonstrating the effectiveness of China’s domestic governance system, Beijing can advance its goal of leading global governance reform and promote the Chinese model as an option for developing countries to copy.”