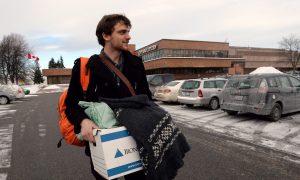 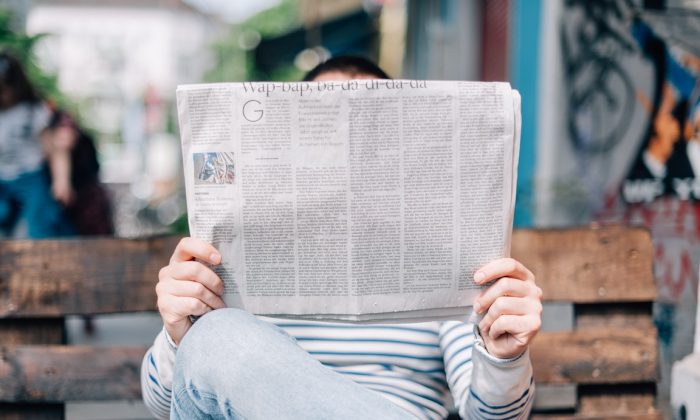 A man reads a newspaper while sitting on a bench. (Roman Kraft/Unsplash)
US News

The McClatchy Company, long a major player in U.S. legacy media, may have to file for bankruptcy soon due to massive debt and large, unfunded pension obligations, according to reports.

In a sign of the times, McClatchy announced Nov. 13 that it would stop printing Saturday edition newspapers next year.

Also on Nov. 13, McClatchy released its third quarter report showing a net loss of $305 million and a 12 percent decrease in revenue compared to 2018’s third quarter. McClatchy’s president and CEO, Craig Forman, addressed employees in a video following the report in an attempt to reassure them about the company’s pension plan.

Although the company’s pension plan now has more than $1.32 billion in assets, Forman said, it remains underfunded by about $535 million. The IRS requires McClatchy to make a minimum contribution of $124 million next year. But Forman said the company doesn’t expect to have the required cash balances to do so.

McClatchy asked the IRS to give it a three-year waiver of the minimum required contributions, but the agency refused the request, he said.

“If they can’t offload the pensions or get pension plan relief, they’ll have to file for bankruptcy,” media analyst Craig Huber, founder of Huber Research Partners LLC, told Bloomberg News. Huber said McClatchy would likely fall well short next year of what it needs to take care of its pension commitments.

“It could engage in a distressed debt exchange or file for Chapter 11 bankruptcy before September 2020, when the bulk of its mandatory pension contributions are due,” wrote S&P analysts Thomas Hartman and Vishal Merani in a report.

The Epoch Times reached out to McClatchy for comments on the reports, but didn’t receive a response as of press time.

McClatchy is in talks with the Pension Benefit Guaranty Corp., a federal government agency that insures corporate pension plan benefits like McClatchy’s.

“We also continue to believe that a legislative solution to the challenge could provide debt relief to our business and reassurance to our pension plan participants,” Forman said in the video. “We are working tirelessly with members of Congress in an attempt to obtain such relief.”

McClatchy is in talks with its creditors to restructure its existing debt, which stood at $709 million as of Sept. 29. The company had $11.4 million in the bank at the end of the third quarter.

The company was established in 1857 “when James McClatchy helped launch the company’s first newspaper in the wake of the California Gold Rush,” according to the McClatchy corporate website. Its publications have won more than 50 Pulitzer Prizes.

McClatchy and other large media outfits have come under increasing pressure in recent years. According to a report from the Pew Research Center earlier this year, total estimated newspaper industry advertising revenue dropped 66 percent from 2000 to 2017.

McClatchy stock has decreased as its financial position has steadily deteriorated. It was trading at $0.34 at market close Nov. 21, compared to $2.87 a month ago, and $6.90 a year ago.

Though McClatchy reports its digital subscriptions have been increasing steadily, this hasn’t significantly improved the outlook of the company.