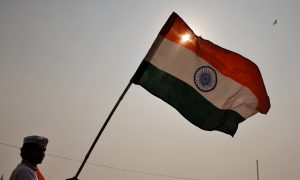 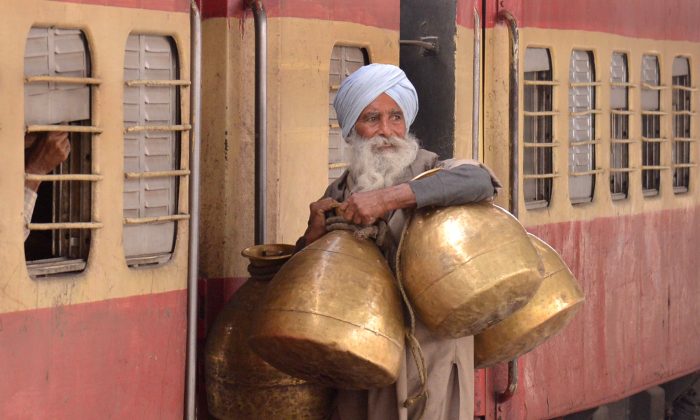 An Indian milkman carries milk containers as he boards a train at a railway station in Amritsar on Feb. 26, 2015. (Narinder Nanu/AFP/Getty Images)
Asia & Pacific

A team of top Indian government officials will be in Beijing between Aug. 2 and 3 to negotiate the terms of the China-initiated Regional Comprehensive Economic Partnership (RCEP) that has been held up by disputes between Beijing and New Delhi over access to markets and protected lists of goods.

Indian farmers believe that the pact will force India to cut tariffs on farm goods, leading to imports of cheaper products such as dairy into the country where agriculture is still the mainstay for its 1.3 billion people.

“Representatives of all prominent farmers’ unions in India have unanimously rejected the RCEP,” Yudhvir Singh of Bhartiya Kisan Union, or Indian Farmers’ Union, which represents millions of farmers across the country, told a news conference.

India’s dairy farmers are especially vulnerable, he said, fearing potentially low tariffs on milk and milk products would lead to a glut on the local market and a collapse in prices.

India is the world’s biggest milk producer and its dairy industry provides critical revenue to farmers especially during poor crop years. Indian farmers earn more money from the sale of milk than from wheat and rice combined.

About 80 million Indian rural households are engaged in milk production which provides livelihood to poor and small farmers, according to official estimates.

“We have written a letter to the trade minister but so far there is no assurance from the government,” said Dharmendra Malik, a farm leader from Uttar Pradesh, India’s most populous state.

Several other industry groups in India such as steel, engineering and auto makers have opposed New Delhi’s participation in the RCEP, citing the threat of cheaper imports from China.

Negotiations began in 2012 for RCEP, which envisions the creation of a free trade zone that will encompass 45 percent of the world’s population and more than a third of its gross domestic product, but does not involve the United States.

By Mayank Bhardwaj and Neha Dasgupta