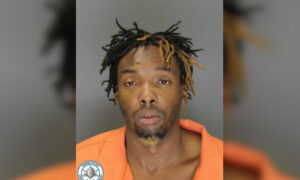 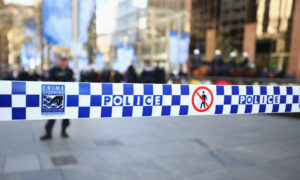 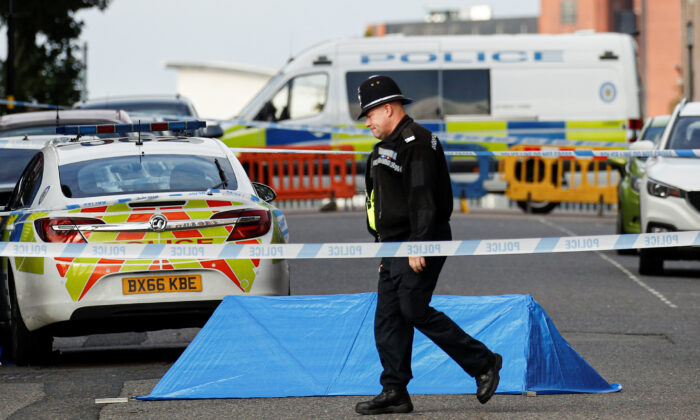 A police officer is seen near the scene of reported stabbings in Birmingham, Britain, September 6, 2020. (Phil Noble/Reuters)
UK

BIRMINGHAM, England—One man was killed and seven people were injured, two of them seriously, in a series of stabbings in the city of Birmingham, central England, early on Sunday, police said.

“We can now confirm that we have launched a murder investigation following last night’s events,” West Midlands Police said.

“A man has died and another man and a woman have suffered serious injuries. Five others have also been injured.”

Britain’s Foreign Secretary Dominic Raab said he had no information to indicate the incidents were terrorism related but the public should stay “very vigilant”.

West Midlands Police were called to reports of a stabbing in Birmingham city center at approximately 12:30 a.m.

“A number of other stabbings were reported in the area shortly after,” they said in a statement.

Police cordons were in place on Sunday morning in three separate locations in the city center: Hurst Street, Irving Street and Edmund Street.

A knife was visible to a Reuters witness beside a drain in Edmund Street.

West Midlands Mayor Andy Street said the series of incidents in the Hurst Street area of the city center appeared to be related but the motivation for them was not yet understood.

“At this early stage it would not be appropriate to speculate on the causes of the incident,” the police said.

A witness told the BBC she saw “multiple people having fist fights”.

The BBC said the cordon in Hurst Street was near the area known as the Gay Village in the center of Birmingham, where many people had been seated at outdoor tables eating and drinking.