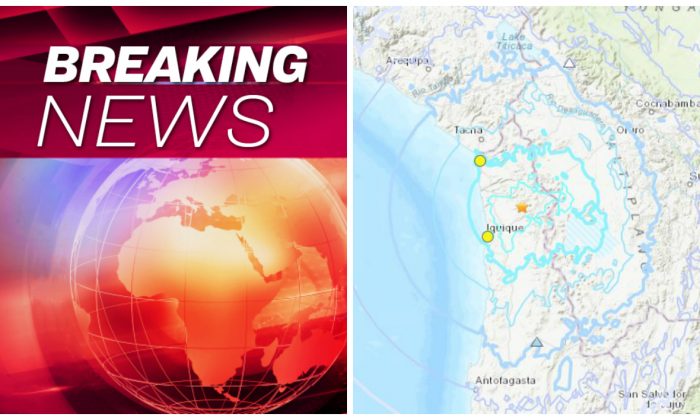 According to the government agency, the earthquake struck at 4:50 p.m. local time on Nov. 1. The epicenter of the quake was 73 miles (118 kilometers) northeast of Iquique, a coastal city, and 56 miles (91 kilometers) deep.

The quake was also felt by Chile’s neighbors in the north, Bolivia and Peru.

No damage has been reported so far.